Federal environmental regulators have flagged an abandoned dumping ground on Chicago’s Southeast Side for a cleanup program designed to address the country’s most contaminated sites.

The U.S. Environmental Protection Agency announced Thursday that it was adding a 67-acre property near the Indiana border to its Superfund National Priorities List, which funds long-term remediation efforts at sites that pose environmental and public health risks.

WTTW News reported in June that the agency was considering adding the property to the Superfund list, but the move did not become final until now.

The site, about the size of 50 football fields, served as a dumping ground for Republic Steel from 1951 to 1977. The company, which ran one of Chicago’s largest steel plants, used the property to store and dump slag, a stone waste matter that is a byproduct of steel refining. Republic also dumped arc furnace dust at the site. 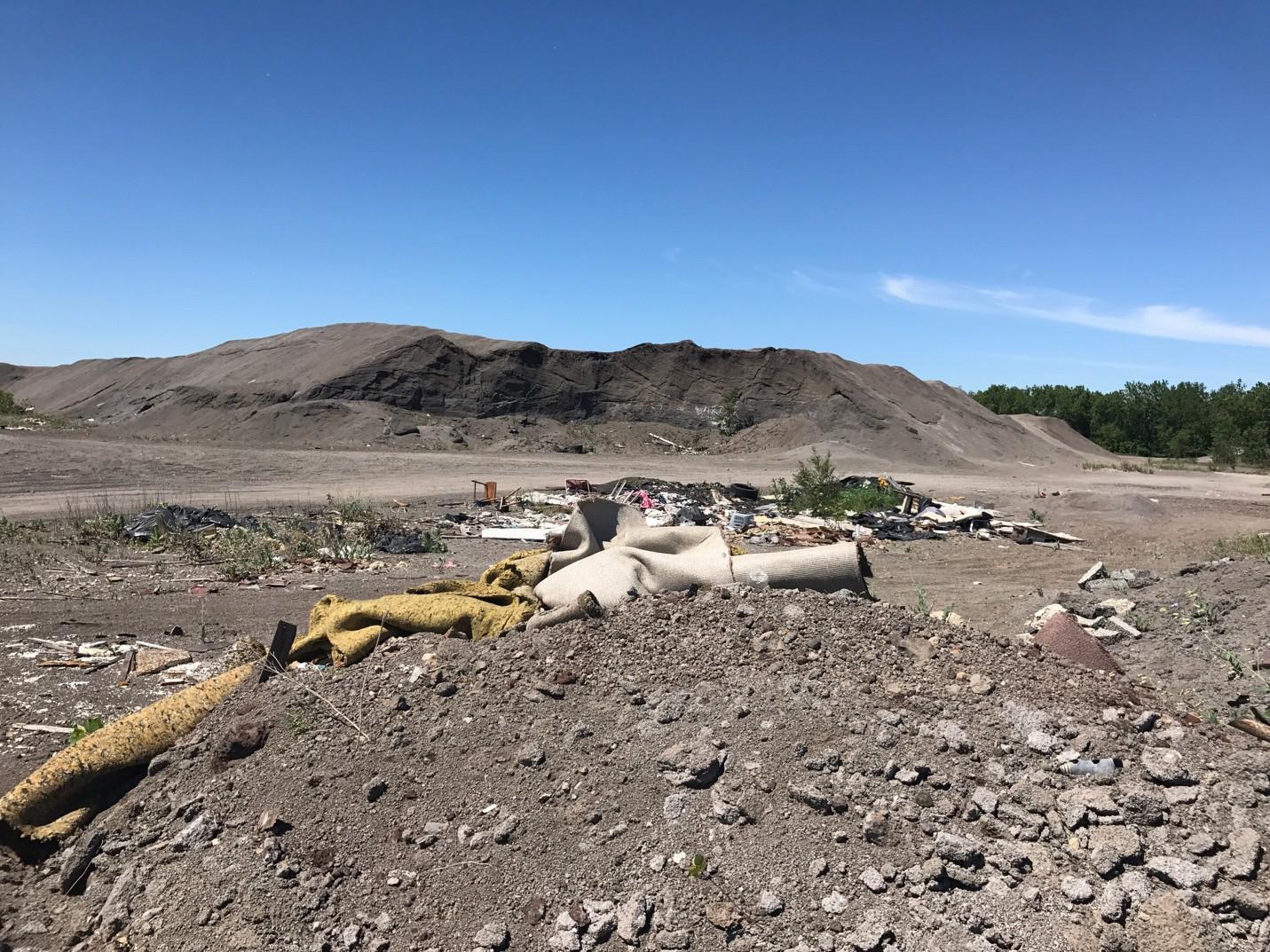 Clusters of trash in front of a slag pile at the Schroud site, a former dumping ground for Republic Steel’s Chicago plant. (Courtesy Chicago Legal Clinic)

Located just west of Wolf Lake Memorial Park at the southwest intersection of 126th Place and Avenue O, the site remains open and mostly unprotected, marked by large piles of uncovered slag and sporadic collections of waste that were likely dumped there illegally in recent years.

Inspections by federal and state regulators have found that the site is contaminated with a number of potentially harmful pollutants, including lead, chromium, hexavalent chromium, cyanide, mercury and manganese.

EPA inspectors also found a number of dead fish in Indian Creek, a waterway along the site’s perimeter that serves as a key migratory pathway for Lake Michigan fish.

The uncovered piles of slag and other refuse at the site could also threaten the health of nearly 10,000 residents who live in the adjacent Hegewisch neighborhood. 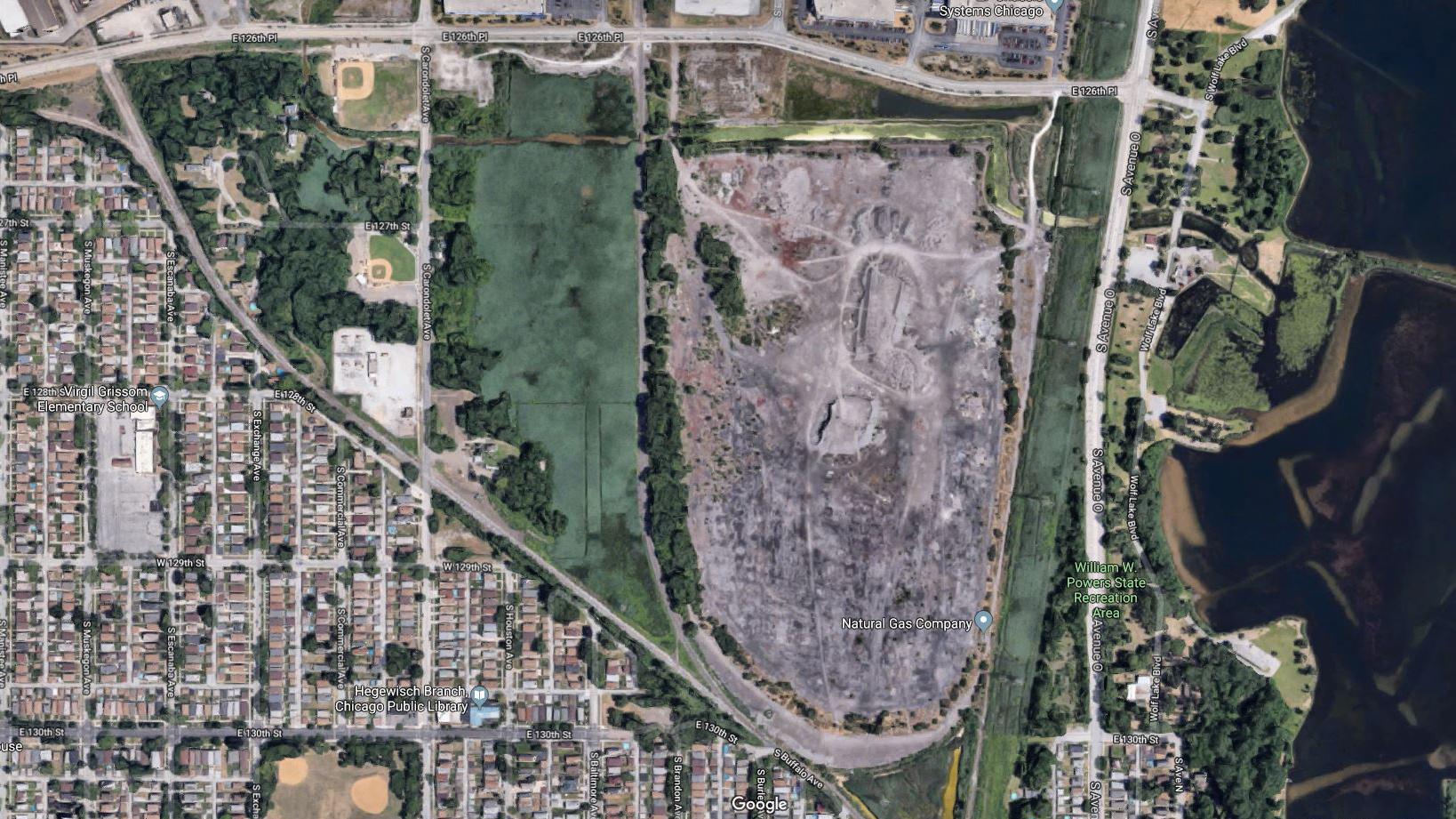 An overhead view of the 67-acre Schroud Realty Group site just west of Wolf Lake on Chicago’s Southeast Side. (Google)

Keith Harley, an attorney with the Chicago Legal Clinic who has represented nearby residents in their efforts to get the site cleaned up, has called the property “an orphan site” and “the most forlorn place in the city of Chicago.”

“You could not believe that you were standing in a city in the United States,” Harley told WTTW News earlier this year.

Records of site inspections compiled by Harley and others show that the presence of environmental toxins at the site and the need for remediation has been known for nearly 20 years, or possibly longer.

Chicago received $900,000 to address contamination at the site when Republic’s successor company, LTV, went into bankruptcy. The site was later acquired by Donald Schrould of Schroud Realty Group.

Recent efforts by Chicago’s Department of Public Health to remove waste dumped illegally on the property have not been enough to address the contamination stemming from the site’s use as a dumping ground for several decades. 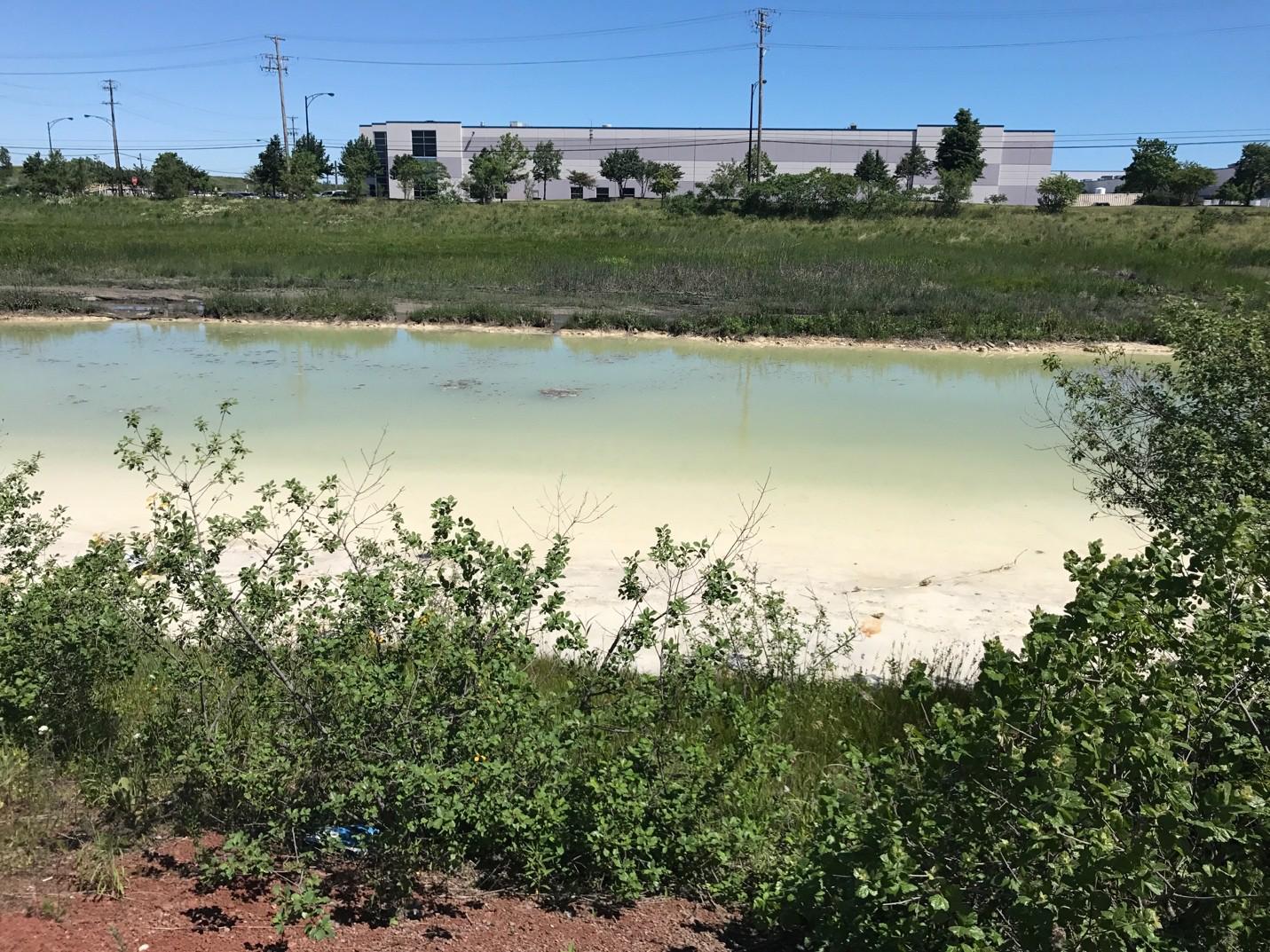 Environmental toxins from the Schroud property have polluted Indian Creek, which flows through the northern portion of the site. (Courtesy Chicago Legal Clinic)

In a press release announcing the EPA’s decision, agency Administrator Andrew Wheeler said the Trump administration is making good on its stated goal of boosting cleanups at sites identified through the Superfund program.

“We are taking action to clean up some of the nation’s most contaminated sites, protect the health of communities, and return contaminated land to safe and productive reuse for future generations,” Wheeler said in a statement.

Despite the administration’s public declarations about the Superfund program, reporting by news outlets such as the Associated Press have shown that the Trump-led EPA has in fact achieved fewer cleanups of high-priority sites compared to the administrations of former Presidents Barack Obama and George W. Bush.

As for the Southeast Side site, the property is now formally eligible to receive cleanup funding from the EPA. The agency did not provide any details about a plan for beginning remediation work at the site.