CHICAGO (AP) — Chicago teachers and more than 300,000 students affected by an 11-day strike returned to classrooms Friday amid a tentative agreement that ended the walkout and is expected to shape education in the nation’s third-largest city for the next five years.

The outcome came at a cost, though. Mayor Lori Lightfoot said “nobody wins,” noting the hardships that students and their families endured during the walkout.

The outlined agreement shows both sides secured key victories and fell short on other priorities.

Experts said those details also will inform teachers unions and school districts as a national wave of activism by educators is expected to continue.

The union’s 25,000 members still must vote on the tentative agreement accepted by their 700 elected delegates late Wednesday night. Union officials haven’t discussed a timeline for that process yet.

Lightfoot said Friday that she wants to focus on getting schools back to normal. But some effects on students are irreversible.

Strike-related damage included athletes who were blocked from state playoff competition in volleyball, golf and cross country. The state athletic board blocked cross country athletes’ last-ditch appeal Friday, saying teams that didn’t compete during regional rounds held during the strike cannot resume their seasons now that classes are back in session.

A handful of high school football teams were spared that fate on Wednesday, when the district began allowing them to practice under the watchful eye of non-union coaches. The decision preserved their ability to play in Saturday’s opening playoff round.

Academically, Chicago kids will lose a net six days of school time, and their school year likely will be extended in June. Lightfoot and Sharkey agreed Thursday that only five of the 11 strike days will be made up. Teachers will be paid for those five additional days.

Juniors also couldn’t take scheduled PSAT tests this week and will have to use April scores on the SAT for National Merit Scholarship consideration.

The length of the teachers’ contract has been a point of contention through months of negotiations, and the city emerged with a clear win.

Lightfoot said Friday that she’s confident the district can afford the terms of the agreement. She said budget staff priced out each element of the contract along the way, including points negotiated during the strike.

“We were not interested in doing something we couldn’t afford,” she said.

City negotiators also held fast on the length of the school day, refusing the union’s demand for a guaranteed 30 minutes of preparation time for elementary teachers before classes begin.

The demand was so important to union members that their bargaining team continued to insist on it in the strike’s final days. District officials said compensating teachers for that time would have forced them to cut the length of the school day or school year.

Elementary teachers first lost the preparation time under a 2012 contract negotiated during the last major walkout by their union.

Union leaders touted contract language guaranteeing nurses and social workers will be assigned to each school by the contract’s end as a central victory.

The district committed to hiring an additional 250 nurses and 209 more social workers districtwide by 2023 and put $500,000 toward recruiting and training people for those jobs and other roles.

The tentative agreement also includes phased-in hiring of additional staff for the city’s neediest schools. Principals working with other school employees will decide what type of position is needed at their school, including counselors or librarians.

“There were a lot of things we wanted in writing,” he said. “The district said they weren’t going to do it. Well, they did it.” 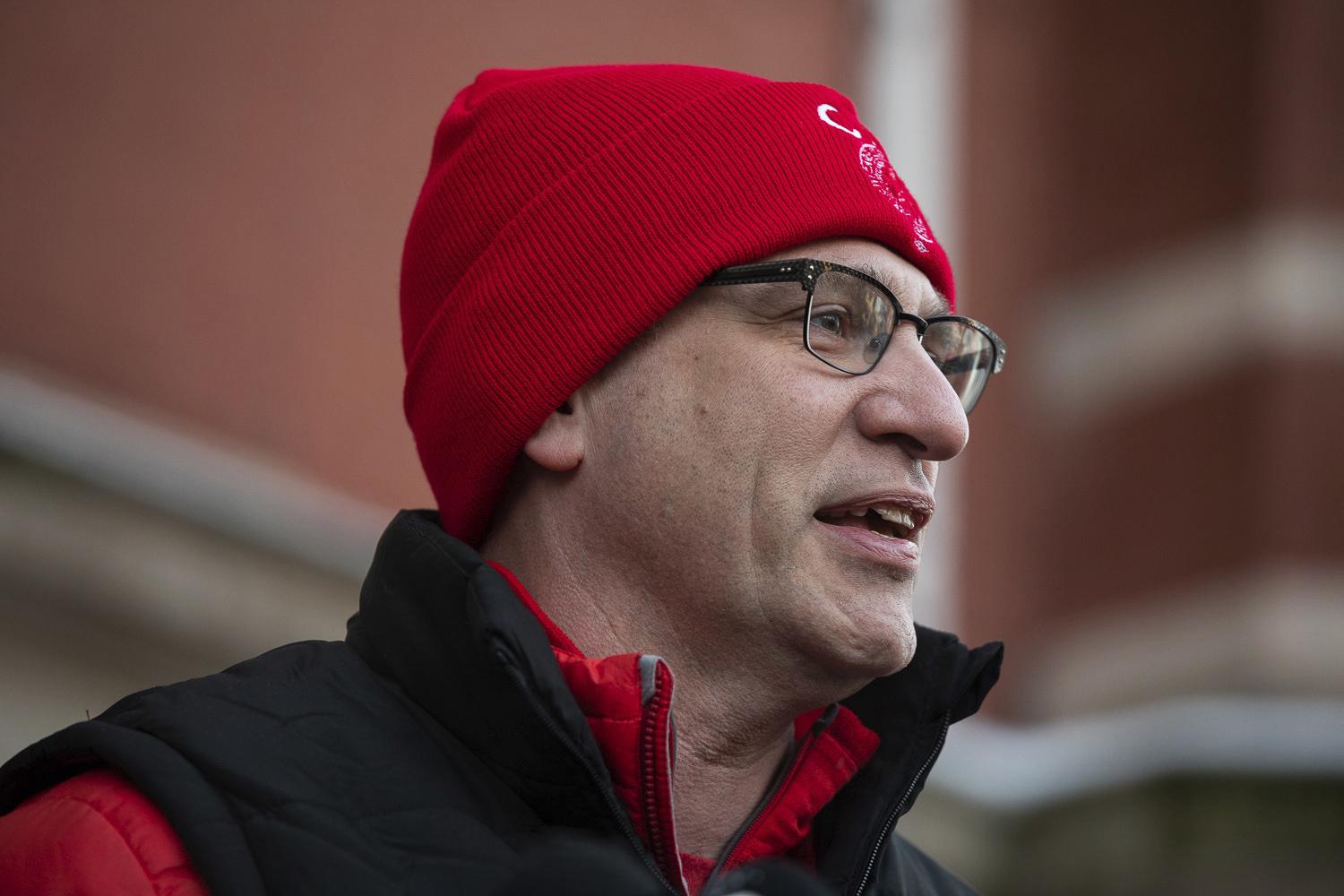 A similar approach has been used by unions in left-leaning cities in recent years to push contract talks beyond bread-and-butter pay and benefits into social justice issues. The Chicago teachers strike gave national attention to that effort, including support and personal calls or visits from several Democratic presidential candidates this fall.

“I do think this agreement reinforces the symbolic idea that teachers have a critical role to play in ensuring the broader well-being of the students and communities they’re serving,” said John Rogers, a professor of education at the University of California Los Angeles. “That work emerged from the strike stronger.”

The district also agreed to hire staff at schools with high numbers of students who are homeless, dedicated to making sure they are getting services required under federal law.

Enshrining those positions in a labor contract is believed to be a national first, said Patricia Nix-Hodes, director of the Law Project at the Chicago Coalition for the Homeless.

“I think it’s visionary,” she said. “A significant number of students in Chicago Public Schools are dealing with homelessness and housing instability, and you can’t separate that from their education.”

The union did not secure lower caps on class size that were among its initial demands but did get funding toward a committee that investigates violations of existing limits.

The contract says the district will have to provide relief for oversized classes starting next year and commits $35 million toward those efforts, including adding teaching assistants or instructors. The district’s poorest schools will be first in line for that funding.

Sharkey and other union officials said getting any commitment on reducing class sizes into the contract is a plus. Lightfoot also initially said those commitments didn’t belong in a labor agreement but would be in the district’s budget.

Special education advocates said they were disappointed by the proposal’s potential effect on kids with disabilities and special needs, despite the commitments on staffing.

Christine Palmieri, whose 11-year-old son Miles has autism, said she was pleased to see a raise secured for members of a separate union who went on strike alongside teachers. Its members include aides who work directly with special needs students.

Bur Palmieri said she found little in the teachers’ contract that will change her son’s day-to-day experience.

“I really wish they would have voted no and focused harder on dedicated social workers and case managers,” she said.

Teachers will get a 16% raise over the life of the contract — the same amount the city has offered for months. The agreement also keeps teachers’ payments toward health insurance flat for several years and limits increases after that.

But they will not be able to make up all 11 days of pay lost to the strike. Lightfoot said from the start that she wouldn’t make up those days and stood by that position on Wednesday when union delegates made it a condition of the tentative agreement.

Lightfoot ultimately agreed on Thursday to make up five days, for which teachers will be paid, putting an end to the longest teachers strike in the city since 1987.