A month into a hunger strike protesting the relocation of the General Iron metal-shredding business to the Southeast Side, activists said they were ending their campaign and noted their disappointment that Mayor Lori Lightfoot didn’t meet with them.

Yesenia Chavez, a lifelong resident of the Southeast Side and one of the first four hunger strikers, said at a rally Thursday night that she lost 17 pounds and experienced a host of physical and psychological stresses.

“I was 134 pounds when I started. Today I am 117 pounds,” Chavez told a crowd of around 150 supporters outside Grace United Methodist Church near Lightfoot’s house in Logan Square. 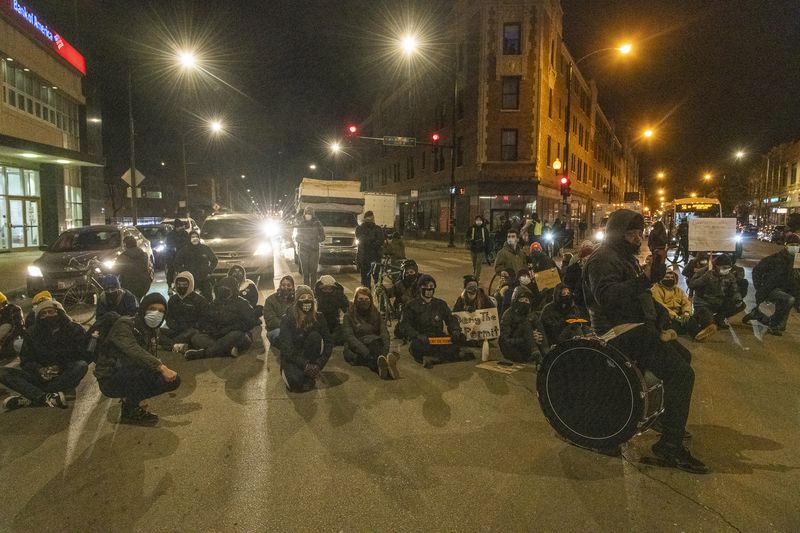 1 of 11
Activists occupy the intersection of Milwaukee, Diversey and Kimball during a protest and rally Thursday, March 4, 2021, against a General Iron plant being relocated to the Southeast Side of Chicago. Tyler LaRiviere/Sun-Times
Pressure is building around Lightfoot as she decides the fate of the permit. Federal officials are investigating the city’s allegedly discriminatory zoning and land-use practices following a civil rights complaint from Southeast Side residents who say their civil rights have been violated. Under both Lightfoot and Mayor Rahm Emanuel’s administration, city officials helped facilitate General Iron’s move from white, affluent Lincoln Park to the Latino and Black-majority South Side.

After a handoff between administrations, actions being scrutinized by federal officials, it was Lightfoot’s Law Department that signed an agreement in September 2019 ensuring General Iron owner Reserve Management Group had a pathway to moving its operations to East 116th Street along the Calumet River.

At the rally, Chavez, 26, said the fight to oppose the relocated and renamed General Iron metal-shredding business will continue.

“Our commitment moving forward will be the same as when we started, to keep working towards policy and representation to improve the environment, for everyone, but especially for Black and Brown communities throughout the city of Chicago that have faced the burden of industrial polluters.”

In an interview, Chavez said she and other hunger strikers will have to ease back into eating over the next couple of weeks after what she described as a difficult decision to stage such a campaign. After much fatigue, anxiety, headaches and other physical issues, she said she looks forward to building her strength back even though the battle continues.

Oscar Sanchez, another one of the original hunger strikers, also vowed at the rally to continue fighting.

“We are environmentally burdened,” Sanchez said. “Enough is enough.”

Others joined the campaign, which included at least 10 people, including Ald. Byron Sigcho-Lopez (25th) last week. At the rally Sigcho-Lopez said he was disappointed Lightfoot wasn’t more responsive to the concerns.

“It shouldn’t take a 30-day hunger strike to hear from the mayor,” he said.

At last week’s City Council meeting, Sigcho-Lopez tried to suspend rules for immediate consideration of a resolution supporting hunger strikers. Lightfoot ruled him out of order, saying it would a violation of open-meeting law, a claim Ald. Anthony Beale (9th) would later dispute. The council upheld Lightfoot’s ruling.

After the rally Thursday, most of the demonstrators marched through Logan Square, delaying traffic as they stopped in the middle of the intersection of Kimball, Milwaukee and Diversey.

Following the demonstration, Chuck Stark, a hunger striker and teacher at George Washington High School, told the Chicago Sun-Times: “The hunger strike helped open some eyes to how big of a problem this is. I am relieved these efforts have not been in vain.”