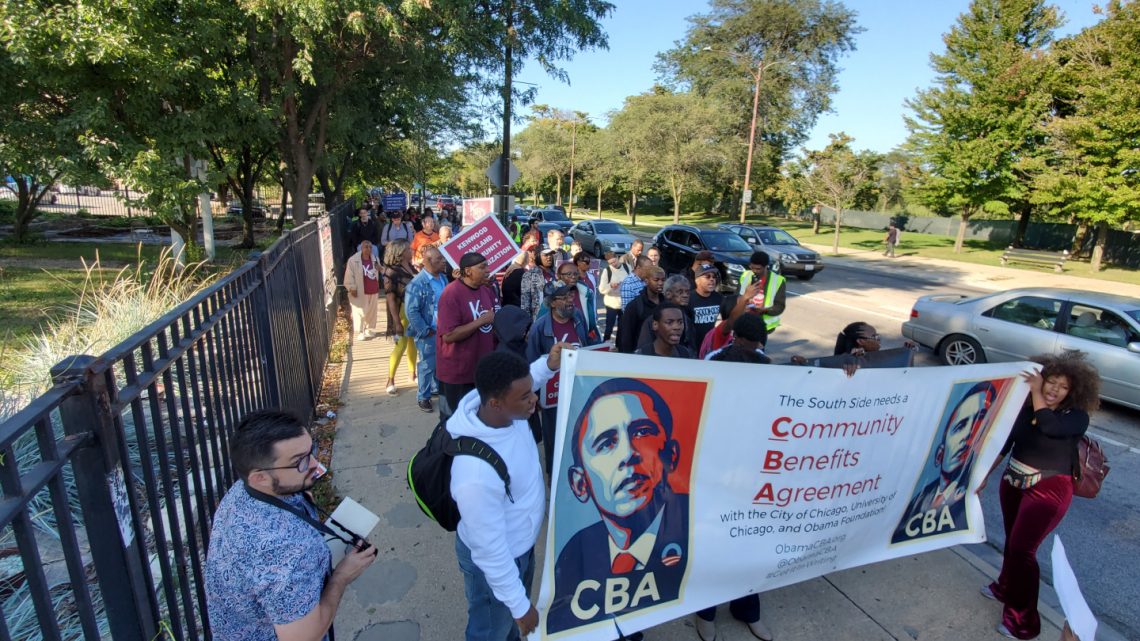 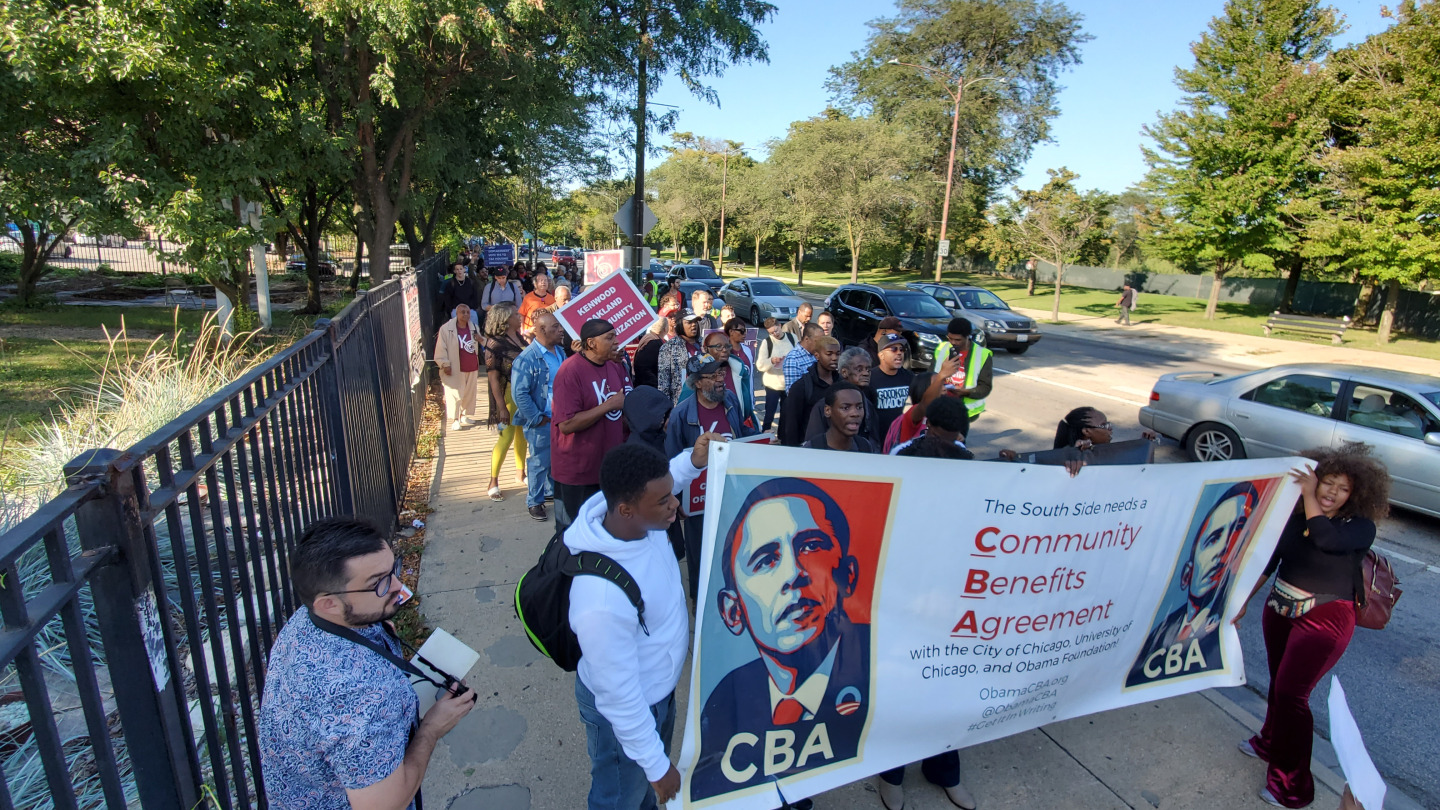 DOWNTOWN — One day after claiming victory with an affordable housing ordinance for Woodlawn, South Side organizers said they’ll continue fighting for additional housing protections in nearby neighborhoods ahead of the Obama Presidential Center’s planned construction in Jackson Park.

Members of the Obama CBA Coalition and their supporters celebrated the new Woodlawn housing ordinance, introduced to City Council on Wednesday, with a press conference at City Hall.

The new proposal includes stronger protections than the housing department’s initial plan, but doesn’t go as far as the expansive community benefits agreement ordinance that stalled in council for nearly a year.

Ald. Jeanette Taylor (20th), a vocal supporter of the community’s efforts to protect affordable housing, praised the coalition for bringing the new proposal to life.

But “we’ve got a long way to go” to ensure the Obama Center’s arrival doesn’t push low-income and working-class residents out of Woodlawn and surrounding areas, Taylor said.

The compromise ordinance announced this week “does not stop displacement,” she said. “This is a small step in the right direction.”

Taylor called on city officials to continue negotiating additional protections, like a city-supported affordable housing trust fund. The fund was included in last year’s CBA proposal but is not included in the new proposal.

The Obama Center is not the only issue placing Woodlawn residents at risk of displacement, said Sharon Payne, a neighborhood resident of 40 years. She’s also a longtime organizer with coalition member Southside Together Organizing for Power.

Systemic racism and the coronavirus pandemic pose continued threats to her neighborhood’s housing stability, she said. The new proposal is “the first of many steps” in combatting those threats.

“The ordinance has the potential to stop the displacement of thousands of low-income and working class Black residents who live near the future Obama Center,” Payne said. “This ordinance is a much-needed respite in the fight to keep a roof over their heads.”

The compromise ordinance would be limited to Woodlawn, while last year’s CBA ordinance would have covered a two-mile radius around the planned Obama Center site, including portions of Washington Park and South Shore.

The Obama Center’s impact will be felt beyond Woodlawn, BYP100 organizer and South Shore resident Ebonée Green said. With that in mind, CBA coalition members will continue working for housing protections in surrounding neighborhoods, as well.

Though the coalition’s work is ongoing, Green urged supporters to celebrate the deal to secure a Woodlawn housing ordinance, which is the culmination of five years of organizing.

“We stand here as a test to the fact that organizing works,” she said. “Communities have the power to speak up and make changes in our city.”