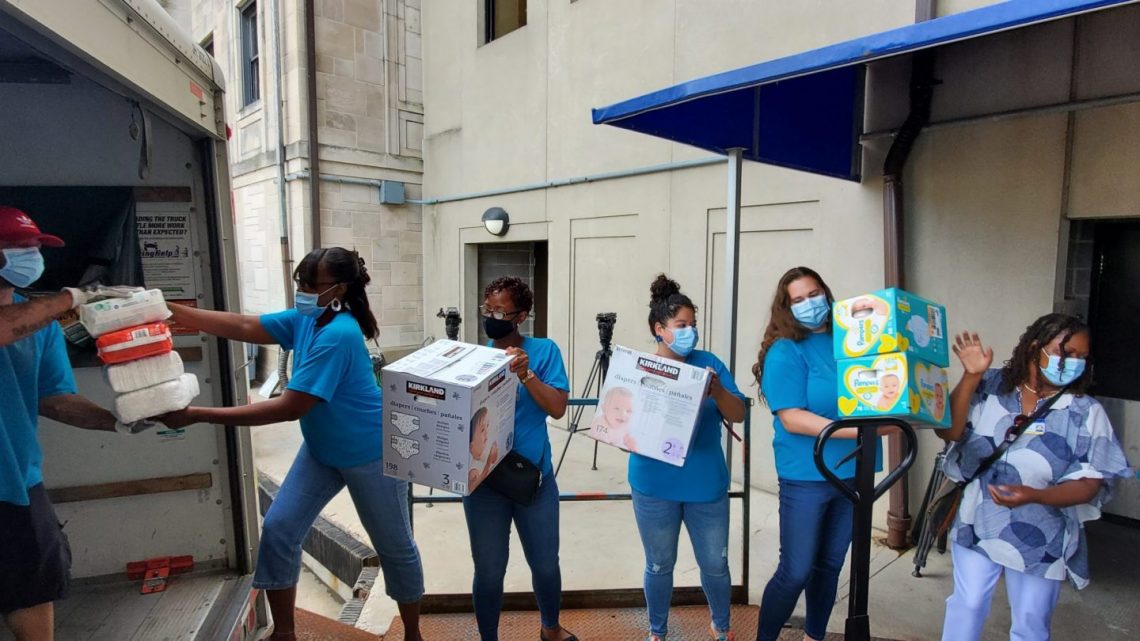 The children’s hospital sent 35,000 diapers to the True to Life Foundation July 14 and will continue shipments as needed until 100,000 are donated.

WOODLAWN — The True to Life Foundation is giving away diapers to anyone who needs them Wednesdays thanks to help from La Rabida Children’s Hospital.

La Rabida employees gave diapers and raised cash during a June donation drive, getting enough to supply more than 100,000 diapers to the nonprofit True to Life Foundation.

“It’s very important that [families] know it is a free service,” said Sarah Robledo, True to Life resource manager. “If they have multiple children — hey, that’s a bonus. We will help all of their kids.”

Families typically spend about $80 a month per child on diapers, Robledo said. They’re not an eligible purchase under the SNAP program, either.

“The diaper need is crucial,” Robledo said. “Many people have been unemployed, have been cut hours at work or just need help all around. Diapers are very expensive.”

True to Life received about 35,000 diapers from La Rabida, with the first shipment of donations July 14. More will be sent over until all 100,000 have been given away.

The hospital and the nonprofit have partnered on various early childhood health programs for the last two years.

La Rabida has struggled in recent years with some professionals hesitating to do home visits in some underserved neighborhoods, said Carol Muhammad, the hospital’s program administrator. True to Life has helped to ensure kids still receive care by offering space for therapy visits.

On the flip side, children receiving True to Life’s services are sometimes referred to the hospital for care.

“Parents come to receive a diaper because they’re in need, and [foundation staffers] notice that the baby’s not speaking, and they’re 2 and they’re worried about them,” Muhammad said. “They would call us and refer the family to us, and we can support them that way. It’s been a mutual partnership.”

One of the most positive aspects of the diaper drive is its potential to impact families not already served by the two organizations, said Brenda Wolf, La Rabida president and CEO.

“We really wanted to do something more than something symbolic,” Wolf said. True to Life has “already been helping our families, they continue to help our families, but we can help so many others as well.”