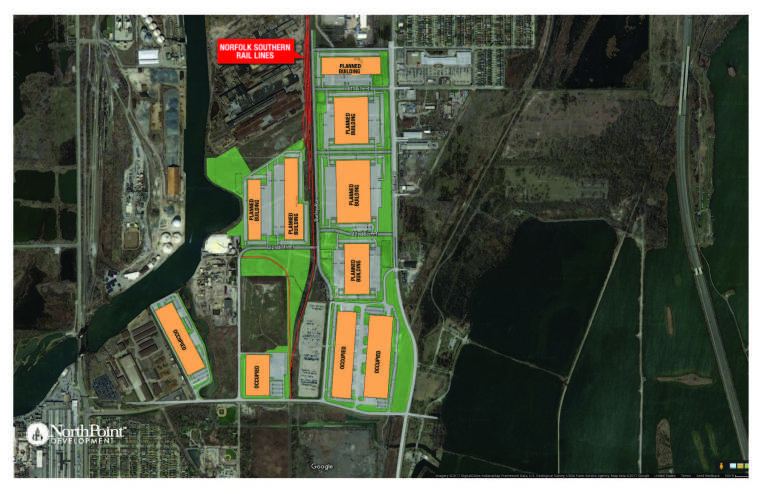 NorthPoint Development is making a big, and some might say contrarian, bet on the city at a time when most industrial developers are stamping out huge warehouses in far-flung suburbs. 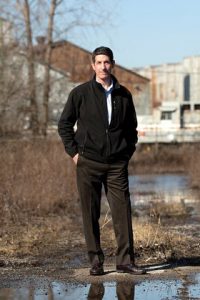 Nearly two decades after workers punched out of their last shift at the Republic Steel factory on Chicago’s Southeast Side, Tom George wants to remake the place so a new generation of workers can punch in.

George is overseeing a $164 million plan to turn the long-vacant site in Hegewisch into an industrial park that will employ as many as 660 people. With 2.3 million square feet of buildings spread over 196 acres, it would be the largest industrial development in Chicago since the creation of the neighboring 1.6 million-square-foot Ford supplier park more than 15 years ago.

It’s a big, and some might say contrarian, bet on the city at a time when most industrial developers are stamping out huge warehouses in far-flung suburbs, where they can find plenty of land close to interstate highways, a key draw for tenants in trucking and logistics businesses. And in a postindustrial economy, it’s companies that ship and store goods, not ones that make them, that eat up the vast majority of new industrial space today.

But the Republic Steel site is close to something else—a large labor pool—that may give George an edge as he courts tenants in a metro area with an unemployment rate hovering around 4 percent.

“The reality is that market forces are at a point where development of some of these sites, we believe, makes sense,” says George, vice president at NorthPoint Development, the suburban Kansas City, Mo.-based firm backing the project. “I will admit that we’re early . . . but we believe that the market is there, that the search for employees and employable people is reaching an all-time high.”

Mayor Rahm Emanuel is hoping he’s right. The mayor’s administration pushed for a $52 million tax-increment financing subsidy for the project, citing the jobs it would create. Including the 660 people expected to work for tenants there, the development will employ 650 construction workers, according to the city.

That’s a lot by today’s standards but a small fraction of Republic Steel’s workforce back in the day. By one count, the factory’s employment peaked at more than 6,300 in 1970, declining from there as domestic steelmakers struggled to keep up with overseas competitors. LTV, which took over Republic Steel in 1984, went bankrupt and closed the factory in 2001, ending nearly a century of steelmaking on the site.

The stark difference in past and projected employment underscores how foreign competition, automation and other efficiency gains have transformed the manufacturing sector over the past half-century. The trend has continued through the current economic expansion: Just 63,468 people worked in manufacturing in the city in 2018, down 3 percent from 2011, according to data from the Illinois Department of Employment Security. 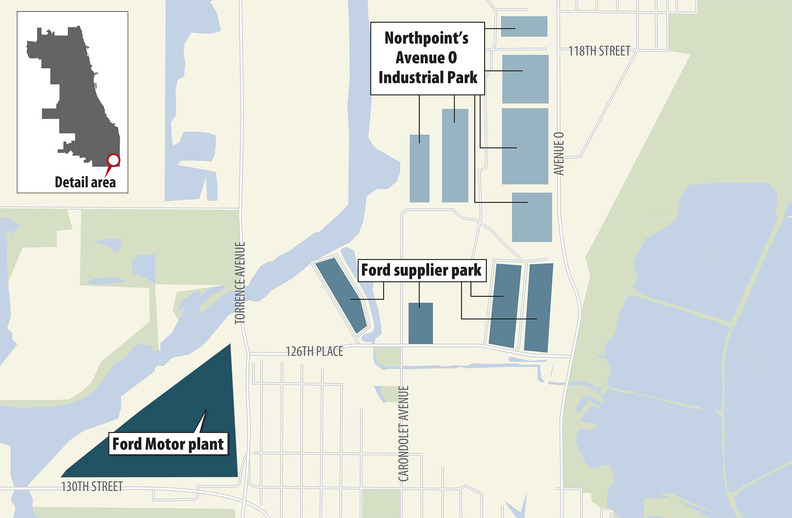 Today, companies in transportation, distribution and logistics are driving demand for industrial space—and for workers. Employment in the transportation and warehousing sectors has eclipsed that for manufacturing in the city, rising to 67,970 in 2018, up 19 percent from 2011, according to IDES. The big growth in shipping and distribution—fueled in part by the rise of e-commerce—is a big reason industrial is arguably the hottest real estate sector in the Chicago area right now: The local industrial vacancy rate dropped to 6.34 percent at the end of 2018, its lowest level since 2001, according to Colliers International.

Though most of the action is out in the far suburbs along Interstates 88 and 55, industrial development has picked up near O’Hare International Airport and in the city. Many tenants, especially those in food and consumer products, want to be in “last-mile” locations close to big population centers, allowing them to limit delivery times. Northbrook-based Hilco Redevelopment Partners, for instance, plans a 1 million-square-foot warehouse in Little Village, just off I-55.

“Developers as a whole have been rewarded for having the guts to build in the city,” says Colliers Executive Vice President Michael Senner.

Aside from labor, the city offers another thing developers like: land. The deindustrialization of Chicago has left the city with more than 3,700 acres, or about 5.8 square miles, of vacant industrial property, according to the Cook County assessor. Three Chicago Loops would fit in that much space, with plenty of land left over. The bulk of the vacant land, about 1,900 acres, sits in Hyde Park Township, a big area that includes much of the South Side, including the Republic Steel site and the massive South Works steel-mill site on the south lakefront.

George says NorthPoint has already fielded some inquiries from companies interested in moving to its project, called the Avenue O Industrial Park. He expects to lease the space to a mix of tenants in logistics, distribution and manufacturing. NorthPoint is getting ready to break ground on its first building, a 359,000-square-foot structure at Avenue O and 122nd Street. It is moving forward with construction on speculation, or spec, without lining up a tenant in advance.

The project could benefit from its proximity to Ford’s big assembly plant, just around the corner, at Torrence Avenue and 130th Street. The Ford supplier park, which NorthPoint acquired in 2017, is full, with tenants including Tower International, which makes car frames, and Flex-N-Gate, which makes bumpers and other parts. Other auto-parts manufacturers may decide it’s in their benefit to be close to the Ford plant as well.

Transforming the site into a 21st-century industrial park won’t be easy. A few remnants of the old Republic Steel complex remain, including some neighboring industrial buildings along the Calumet River that aren’t owned by NorthPoint. Nature has reclaimed some of the property, including a small herd of deer spotted on a recent site tour.

But much of the property is covered in slag, a nontoxic concrete-like byproduct of the steelmaking process. To prepare the site for construction, NorthPoint’s contractors will need to drop huge weights from cranes—a process known as dynamic compaction—and haul in about 4 feet of soil to raise the buildings above the slag and the high water table. Much of the city’s TIF subsidy will cover those site-prep costs, George says. “The site is definitely a challenge,” he says.

Yet city officials hope the project will mark another in a series of steps to foster industrial development in Chicago. David Reifman, commissioner of the Chicago Department of Planning & Development, cites encouraging signs in nearby Pullman, where Method opened a soap factory several years ago and where Whole Foods recently moved into a large distribution center. And he touts a push to modernize and strengthen the city’s system of industrial corridors.

“These kinds of victories are hard-fought, and I think they show continued vitality in the industrial sector,” Reifman says.