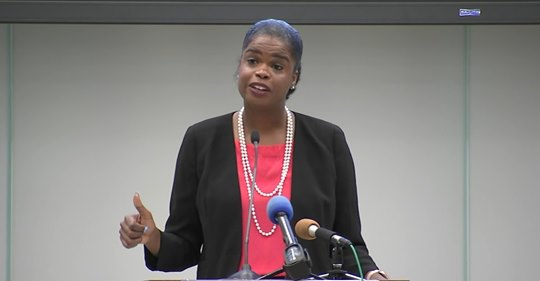 The Democratic candidate overwhelmingly won the 2016 race against her opponent, Republican Christopher Pfannkuche, on the promise of “fixing a system that we know needs repair.”