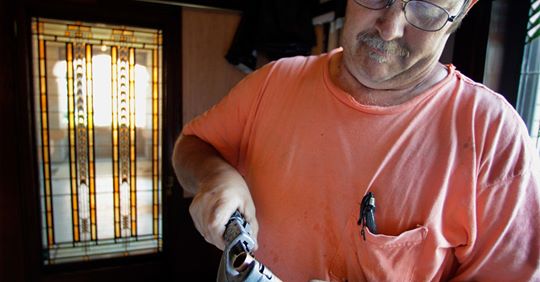 Only Mississippi has fared worse than Illinois in personal income growth since the Great Recession hit at the end of 2007. Analysis shows state income taxes matter.

Recovery from the Great Recession has been uneven among U.S. states, but Illinois has especially struggled, according to a recent analysis from The Pew Charitable Trusts.

Illinois underperformed every state except for Mississippi in growth of personal income. The U.S. average was a 2.1% inflation-adjusted compound average annual growth rate since the recession, but Illinois averaged only 1.1% a year. 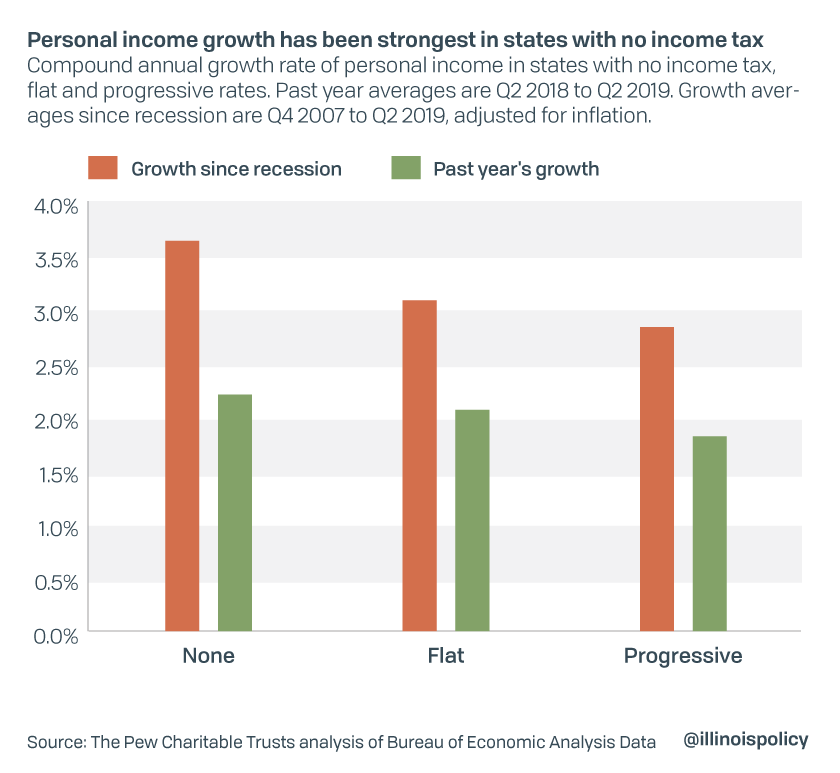 Those with flat income taxes have performed better than their progressive income tax peers, but still lag the performance of states with no income tax. Of the top performing states, 4 out of 5 have either a flat income tax or no income tax, the exception being North Dakota, which benefited from a large natural resource boom and levies a top marginal tax rate of 2.9%. North Dakota’s personal income growth benefited from the fracking boom that occurred shortly before the start of the recession, although growth in recent years has faltered due to fluctuations in the price of oil.

California, a state with one of the highest income taxes in the nation, has ranked 6th in terms of personal income growth since the beginning of the recession, benefitting from annual population growth that exceeds the national median and is characteristic of most western states. While California’s 10-year performance has been stronger than all neighboring states, the opposite is true for the past year, with personal income growth lagging all neighboring states.

While there are many policy factors that may be pushing a state’s performance up or down, all state economies would likely benefit from lower and flatter income taxes. For example, a friendlier tax climate could have resulted in even stronger personal income growth for California and prevented the state from lagging neighbors in 2019.

The analysis from Pew highlights several common themes. First, South and West region states have generally been experiencing the strongest income growth, while Midwest and Northeast states have lagged during the recovery. This trend also holds with population growth. 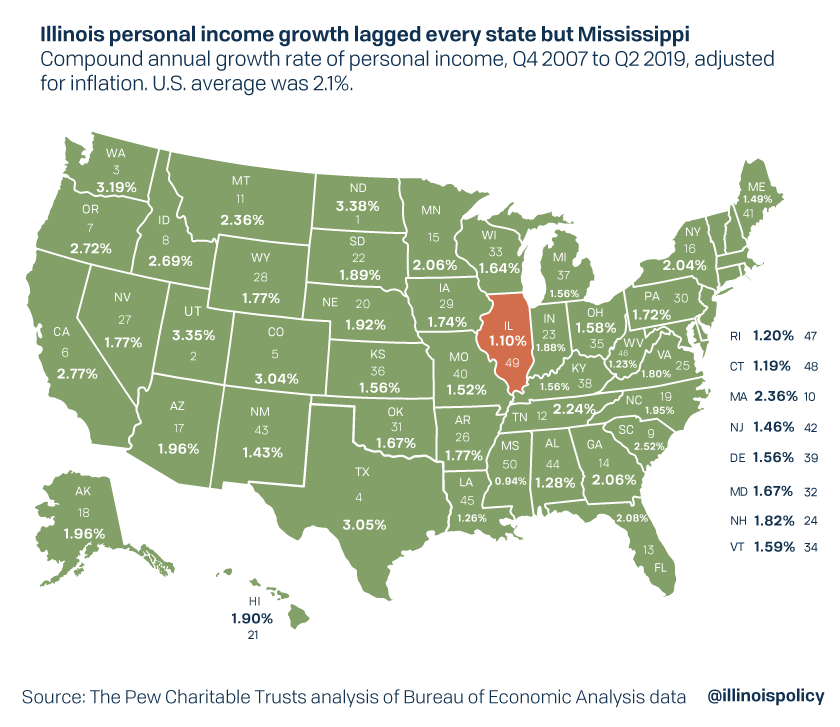 Besides North Dakota, the top states in personal income growth are Utah, Washington, Texas and Colorado. Each experienced much more consistent growth year over year. These states have all been experiencing more rapid population growth compared to the rest of the country, a common sign of a healthy labor market and economic growth.

Long-run economic growth is closely related to population growth. Population growth represents a growing workforce and consumer base that allows businesses to confidently invest, knowing that they will be able to find workers and consumers for their products. Similarly, workers are more easily able to secure employment and enjoy increases in their incomes in healthy, growing economies. Regardless of which factor leads to the other, population and income growth are closely related and pose serious concerns for states such as Illinois.

As Illinoisans are being asked to approve a progressive income tax at the ballot on Nov. 3 and politicians promise that it will be a magic pill for all of the state’s problems, it is important to keep analysis like this in mind. Illinois suffers from population loss, and shrinking states face more economic challenges.