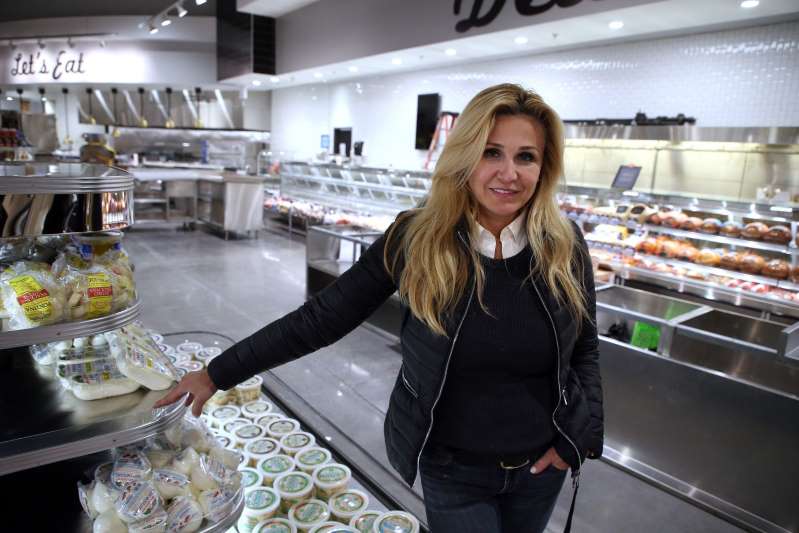 The South Shore neighborhood was a food desert for more than half a decade, until Local Market opened in December. Next week, the grocery store will add delivery to its repertoire too.

© Terrence Antonio James / Chicago Tribune/Chicago Tribune/TNS A supermarket called Local Market is set to open in a long vacant space at 71st Street and Jeffery Boulevard in Chicago. Store owner Eva Jakubowski is seen there on Monday, Dec. 9, 2019.Local Market is partnering with Instacart to offer grocery delivery starting June 24, said Eva Jakubowski, who co-owns the store with her husband.

“We have suggestion boxes all over the store, and we have had continuous requests for delivery,” she said. “The demand increased once the pandemic started.”

Local Market set aside special hours for older people, who are more vulnerable to COVID-19, and provided gloves and other protective equipment. Later, it worked with other local organizations to provide a once-weekly delivery of fresh groceries to older citizens and other community residents in need, Jakubowski said.

But the last deliveries for that program went out Thursday morning, she said.

The Instacart option will help community members who don’t have cars, who have difficulty taking public transit or who are more vulnerable to COVID-19 and would prefer not to shop in person, Jakubowski said. Instacart partners with 11 other retailers with 26 locations on the South Side, and lets users to get groceries delivered from stores throughout the city.

© Terrence Antonio James / Chicago Tribune/Chicago Tribune/TNS Workers at Local Market prepare the store Dec. 9, 2019, just before it opened to the public in Chicago’s South Shore neighborhood.Jakubowski hopes adding the Instacart option will bring in more business. She declined to comment on sales figures and profitability.

“Shutting down the hot food bars and just the interruption with deliveries and everything else, it’s been a bit of a challenge,” she said. “We just hope to build up our customer base with time once things basically settle into a new normal, and definitely I think Instacart will be very helpful in this process.”

When the grocery opened last year in the Jeffery Plaza shopping center at 71st Street and Jeffery Boulevard, it filled one of the last Dominick’s sites in Chicago left vacant after parent company Safeway shuttered the chain in 2013.

“You have to remember that for six years, customers here found a way to shop someplace else, and you become accustomed to your routine,” she said. “It did take some time for people to find us, to remember that we’re here, to give us a chance.”

The store sustained minor damage when it was broken into several weeks ago, during the widespread looting and vandalism that occurred around the city in response to George Floyd’s death at the hands of Minneapolis police.

The next day, “a tremendous amount” of community members helped clean up, Jakubowski said.

“We need the community that was stressed by all of this to also have positive things, a continued need to move forward,” she said. The store, Jakubowski said, can help “bring in all kinds of things that the South Shore deserves.”

Visit the Chicago Tribune at www.chicagotribune.com