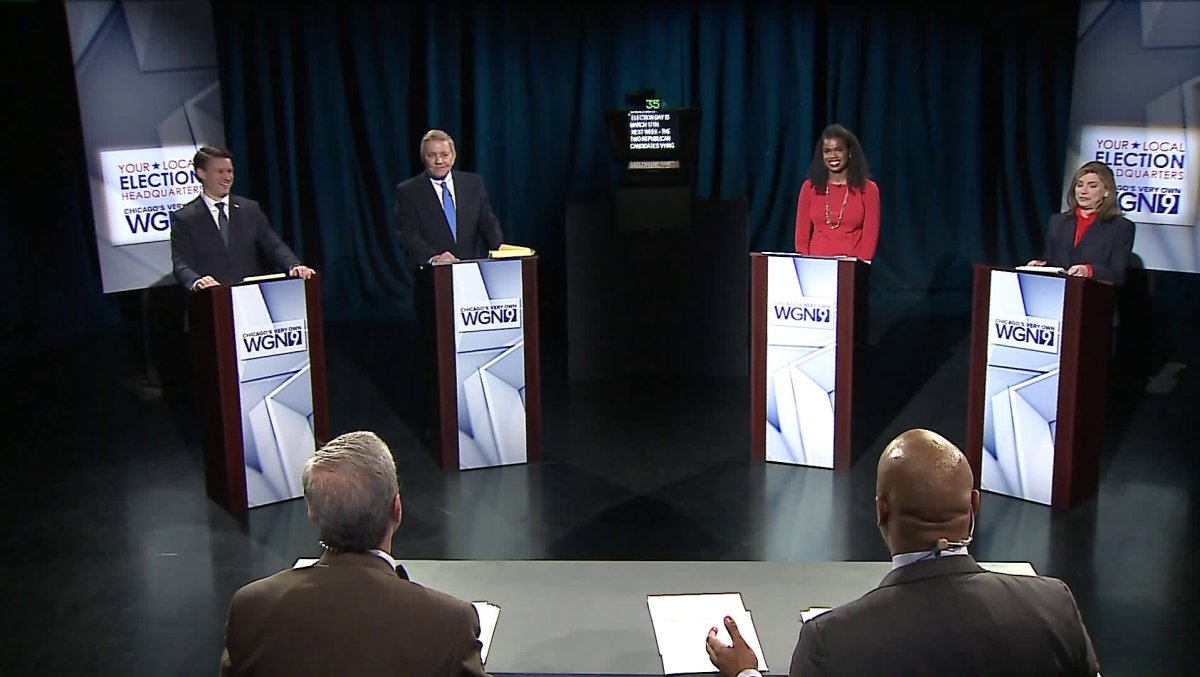 CHICAGO — Tuesday night at a small forum, candidates vying to be the next Cook County State’s Attorney all agreed on one thing.

Kim Foxx was a no show at Tuesday night’s candidate forum in Lakeview, giving her challengers an open mic to criticize the incumbent.

“Yes, I think she should resign,” candidate Donna More said.

Challenger Bill Conway, with deep pockets for campaign ads on TV, called the new charges against actor Jussie Smollett an indictment of Foxx’s handling of the case from the start.

“Frankly, I mean Ms. Foxx has repeatedly not told the truth throughout the this entire investigation since,” Conway said. “Her initial claim that she had recused herself in this investigation… so frankly, I don’t think we can trust anything Ms. Foxx is saying.”

Candidates Donna More and Bob Fioretti were more than happy to comment on Foxx’s statement.

“She’s claiming it’s politics, she also said that she would be open and transparent and cooperate and then she lawyered up,” More said. “She would’ve both individually, which I get, but then she hired a lawyer for the states attorney’s office… which we taxpayers are paying for, I don’t know how she got the authority to do that.”

Fioretti said she was personally dishonest.

“Her office is now governed by incompetence. And personal dishonesty. When she said she was going to recuse herself and didn’t,” Fioretti said. “In any other county, she would have been censured, suspended or disbarred. So there is no doubt that she must resign now.”

CHICAGO — Gun crimes, leniency for non-violent offenders and the Jussie Smollett were just some of the topics covered as the Democratic candidates for Cook County State’s Attorney at WGN Friday.

There are three democrats trying to unseat Cook County State’s Attorney Kim Foxx with the most public case of her administration front and center.

Incumbent Foxx has a battle on her hands to keep her seat. Her opponents, former prosecutor Bill Conway, former Ald. Bob Fioretti and former prosecutor Donna More, say Foxx can’t be trusted after her handling of the Smollett case.

The actor was charged with faking his own hate attack. Foxx dropped charges but Smollett was eventually indicted after a special prosecutor was appointed. The union for Chicago police members has repeatedly criticized her for letting him walk without admitting guilt.

Getting gun offenders off the street is another important topic. Chicago police officials have said that giving I Bonds to people with illegal guns contributes to the violent crime rate.

The four Democrat candidates for Cook County State’s Attorney faced off during a commercial-free, televised debate on WGN-TV Sunday.

The debate with two Republican candidates for the office will air next Sunday, March 1 at