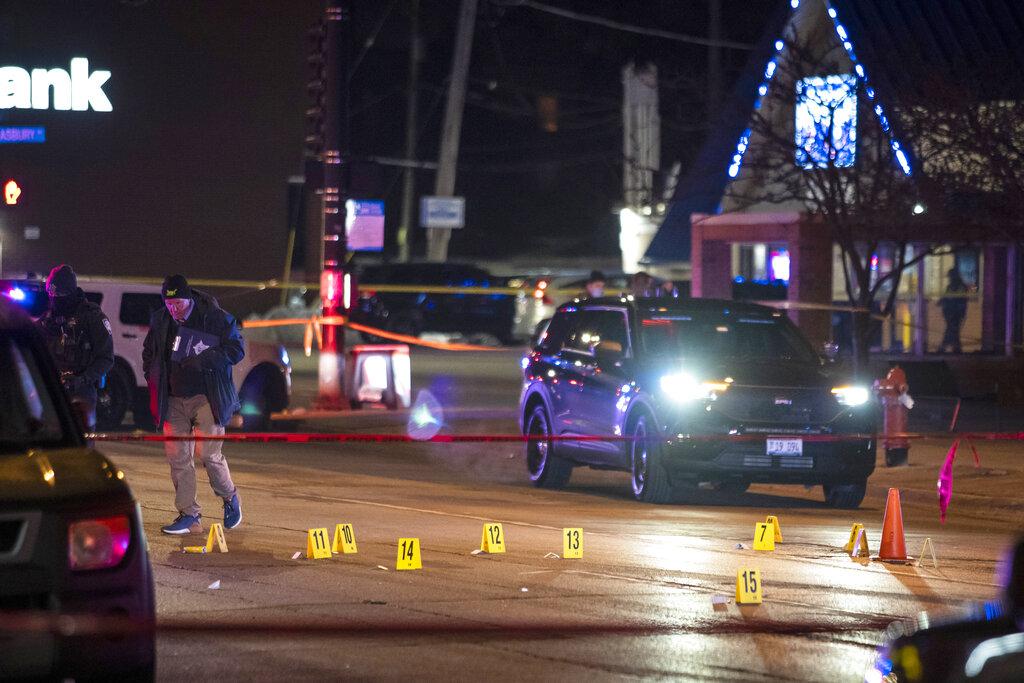 CHICAGO (AP) — A man who police say killed three people and wounded four others during a series of shootings in and around Chicago posted nonsensical and expletive-laced videos in the days and hours leading up to the attacks.

Investigators on Sunday were trying to determine a motive for the Saturday afternoon attacks in which police say 32-year-old Jason Nightengale apparently chose his victims at random. Police killed Nightengale in a shootout just north of the city about four hours after authorities say he shot his first victim in the head in a South Side parking garage.

Those killed included a 30-year-old University of Chicago student from China named Yiran Fan, Anthony Faukner, 20, and Aisha Nevell, 46, a security guard. Wounded were a 77-year-old woman, 81-year-old woman and a 15-year-old girl, according to Chicago Police Superintendent David Brown. Another woman was shot in the neck in Evanston, police in the suburb said.

Authorities didn’t release many details about Nightengale, a Chicago man whose LinkedIn page listed work over the years as a janitor, security guard and forklift operator. But a series of disturbing videos posted to Facebook over two years under Nightengale’s middle name, Oliver, offered clues as to his state of mind.

In one posted Thursday, Nightengale held a gun to the camera and muttered unintelligible statements as he appeared to be driving. A police official who spoke on condition of anonymity because he was not authorized to speak publicly about the investigation confirmed it was Nightengale in the video.

“No music. No. No music,” Nightengale says in the video, his speech slurred. “I don’t need no seat belt. I’m coming, girl.”

He posted dozens of other short videos, including several in the hours before the first attack, which were viewable until the page was taken down Sunday. In one, he says, “I’m going to blow up the whole community.” In another, Nightengale appears to groove to the Bee Gee’s “Staying Alive” while laughing.

The shootings began shortly before 2 p.m. Saturday with the killing of Fan, who was shot in the head while sitting in his car in a parking garage in the Hyde Park neighborhood, Brown said.

After that, Nightengale “just randomly” walked into an apartment building a block away, where he shot the female security guard and the 77-year-old woman, who was getting her mail, Brown said. The guard was pronounced dead at a hospital and the other woman was hospitalized in critical condition.

From there, Nightengale went to another nearby building and stole a car from a man he knew. He then opened fire at a convenience store, killing the 20-year-old man and wounding the 81-year-old woman in the head and neck. The woman was in critical condition. 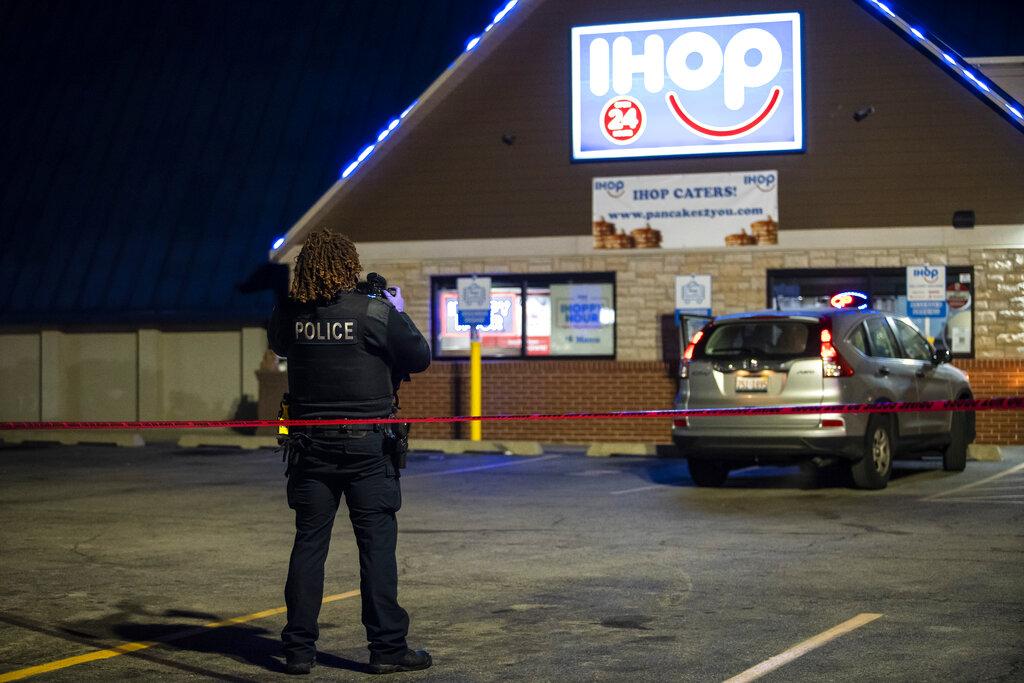 Chicago and Evanston police investigate the scene of a shooting outside an IHOP restaurant in Evanston on Saturday night, Jan. 9, 2021. (Ashlee Rezin Garcia / Chicago Sun-Times via AP)

After leaving the store, Nightengale shot a 15-year-old girl who was riding in a car with her mother, leaving the girl in critical condition, police said. He then went back to the convenience store and fired on officers who were investigating the earlier shooting. None of them were injured, Brown said.

Nightengale then drove about 10 miles north to Evanston, which borders Chicago, where police responded to a report of shots that had been fired inside a CVS. Nightengale had apparently walked into the pharmacy, announced that he was robbing it and fired off shots that didn’t hit anyone, authorities said. He then went across the street to an IHOP restaurant, where he shot a woman in the neck. She was in critical condition, Evanston police Chief Demitrous Cook told reporters.

Nightengale left the restaurant and was confronted by officers in a parking lot, leading to a shootout in which he was shot and killed, Cook said.

Evanston police Sgt. Ken Carter said Nightengale appeared to have a connection to Evanston, but he did not have further details. He said Sunday that an outside agency would take over the investigation since Evanston police were involved in the fatal shooting. 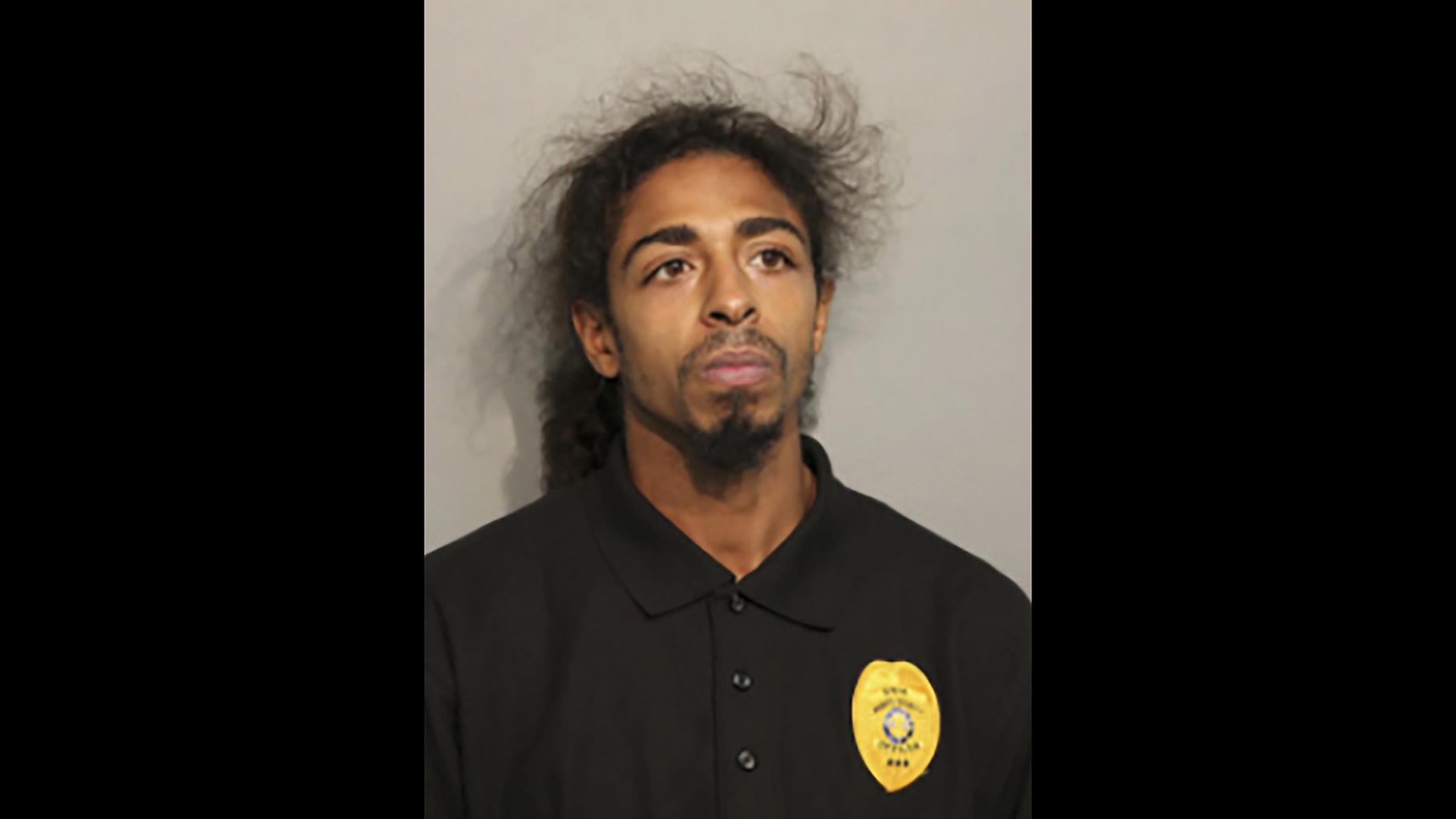 Chicago police released an October 2018 booking photo of Nightengale that was taken after he was charged with multiple driving-related offenses, including driving on a suspended license. His criminal record started in 2005 and included arrests for gun and drug violations, aggravated assault, and a 2019 domestic battery case, according to WLS-TV.

An attorney for Nightengale couldn’t be located Sunday.

Friends were shocked to hear of the shootings, describing Nightengale as a devoted father to twin girls who had a charismatic personality and a sense of humor but who had been through tough times.

Tommy Taylor remembered meeting Nightengale at a movies in the park event in Rogers Park, a Chicago neighborhood that borders Evanston. They hung out over the years.

“From all the years I knew him, he had always been a good guy and funny guy,” Taylor said. “Something had to happen in order for him to break him like that.”

University of Chicago officials said Fan was working toward a doctorate in a joint program between the university’s schools of business and economics, and that his family in China had been notified of his death.

“We know that this shocking incident brings grief to our entire community and concern for the wellbeing and safety of others,” the university said in a news release. “In the days ahead we will come together as a community to mourn, and to lift up fellow members of our community in this difficult and very sad time. Please join us in wishing consolation and healing for our student’s loved ones.”’

Brown said the information he shared at the news conference was preliminary and could change. He said investigators had little information about Nightengale but plan to release more details as they get them.

“When you hear this whole story, it seems that you have a crystal ball of what he’s doing next, and we all know we don’t have a crystal ball where he goes next nor do we have this on any of our” police surveillance cameras, Brown said. “We are responding to the scene as these crimes are happening, getting information, and again, he’s going to the next while we are trying to keep up with what’s happened previously.”