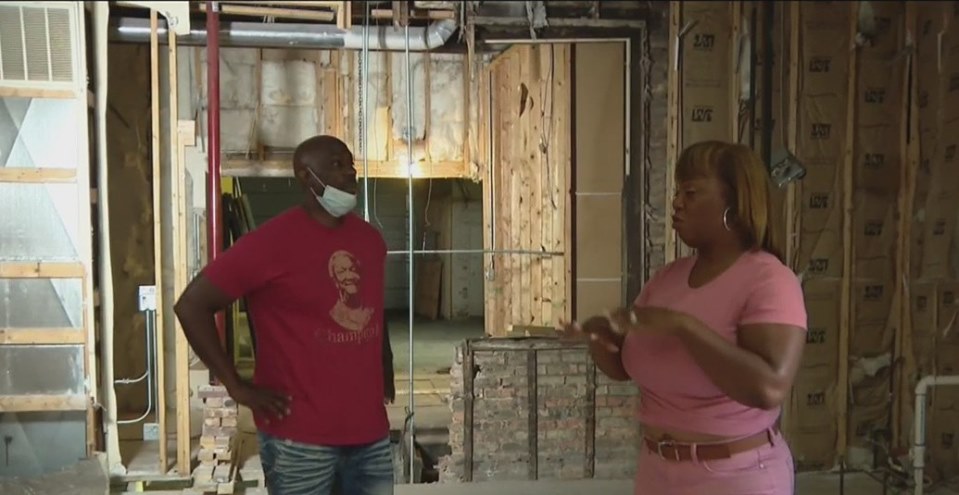 CHICAGO (CBS) — A Chicago couple said Monday night that their alderman is holding their dreams hostage.

The couple has spent thousands of dollars rehabbing a building to open a business, but they said the alderman is shutting them down.

As CBS 2 Political Investigator Dana Kozlov found out, it all comes down to one letter for one issue. And tied to that letter they need is getting the alderman’s stamp of approval for their business plan.

The couple believes the holdup is a case of aldermanic overreach. But Ald. Greg Mitchell (7th) said that is not the case.

It’s a work in progress. But Desaree and Marlon Wilcox bought a South Shore building and adjacent lot to convert it into the business of their dreams – a nonsmoking, no-alcohol event space.

It is for things “like workshops, pop-up shops,” Desaree Wilcox said.

But the Wilcoxes have hit a roadblock. Despite paying almost $4,000 a month in mortgage, insurance, and taxes – and getting approval from the city – they cannot get a required alley access letter from Ald. Mitchell.

“He said my vision is not his vision, and if I cannot go off of their vision, then they cannot support me,” Desaree Wilcox said.

“This one little thing, shutting us down, it frustrates me something ugly,” Marlon Wilcox said, “something ugly.”

The Wilcoxes said they have been trying to work the issue out with Ald. Mitchell for months with no luck, and no Zoom or in-person meeting has been granted.

Shortly after Kozlov reached out to Mitchell’s office and his assistant, the Wilcoixes got an email from the assistant again saying, “Your business would not be supported by the community,” the aldermen, and the surrounding police districts.

“It’s not trash we’re bringing in,” Marlon Wilcox said. “We’re trying to uplift the neighborhood. We’re trying to be positive. So to turn that down is a crime.”

And they are trying to do it on a stretch of 75th Street full of vacant, boarded-up buildings.

By phone, Ald. Mitchell said he is just following constituent marching orders. He said his constituents want to see a grocery store, a cleaners, or a deli.

When Kozlov asked Mitchell if it was appropriate for him to deny the business opportunity to the building’s owners, he took offense and said the community does not want an event space.

But the Wilcoxes aren’t giving up.

“We worked hard, and my husband believed in me, and I cannot let him down,” Desaree Wilcox said.

The Wilcoxes said they want to work with Ald. Mitchell, but they’re also reaching out to Mayor Lori Lightfoot.

Kozlov reached out to the Mayor’s office on Monday to ask if this was an example of the type of action the mayor banned. She did not hear back.