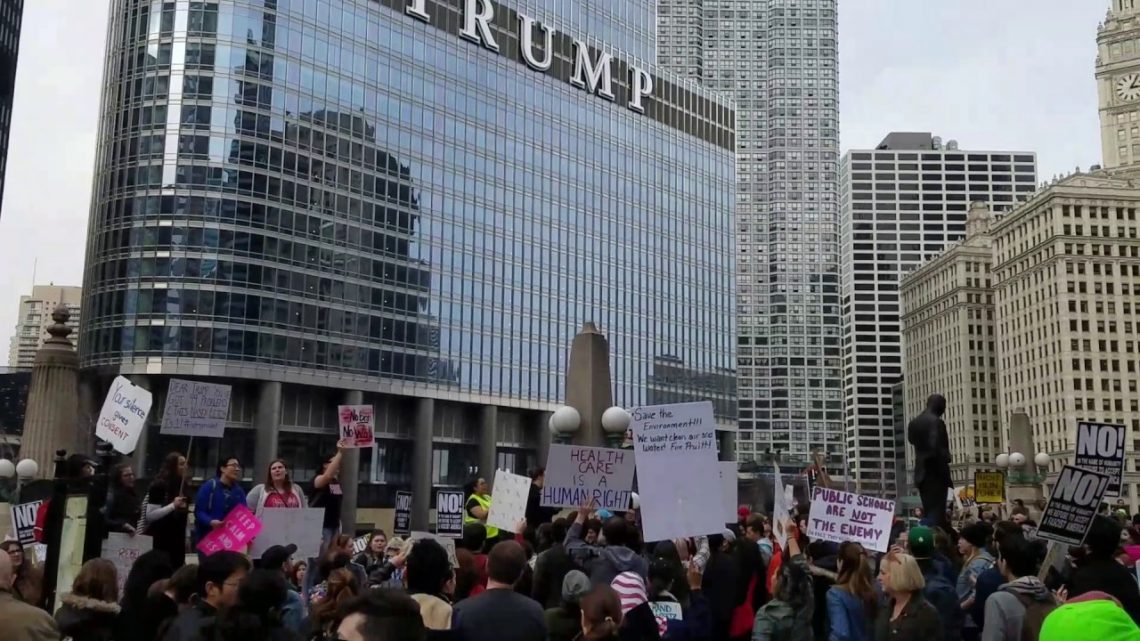 CHICAGO (WLS) — Justice Department officials tell the I-Team this week they will announce the expansion of a program aimed at reducing violence in Chicago and perhaps some other cities.

Although the specifics are still being worked out, the plan could involve more than 100 federal agents from numerous U.S. law enforcement agencies to address what DOJ calls a sudden surge in violent crime.

The Justice Department says this is not the plan for Chicago’s federal deployment, which would be similar to what was announced two weeks ago for Kansas City.

“A 4-year-old African American boy who had recently recovered from open heart surgery who was shot in the face while he was lying in his bed and and his name was LeGend. So we’re going to launch Operation Legend in Kansas City and put in well over a hundred federal agents,” said U.S. Attorney William Barr on July 9th.

Like Kansas City, Chicago shootings and murders are spiking this summer. Justice Department officials tell the I-Team it is “Operation: Legend” that is being expanded to Chicago.

“If the President is truly sincere about wanting to help. There are a number of things that the federal government is uniquely qualified to do that we could use his help with. And they all revolve around the fact that we have way too many illegal guns on our streets,” said Mayor Lori Lightfoot.

Those sentiments were reiterated in a four-page letter from Lightfoot to the president Monday urging “public safety support, not games” from the administration.

“We will take any and all help and we’ve made numerous requests particularly when there are efforts to address mid-level and upper-level criminal networks, drug and gang networks,” said Chicago Police Superintendent David Brown.

With what is happening in Portland still raw and fresh, some here still have concerns about an uninvited federal force.

“It does not take away from the fact that these are federal forces being sent into the city of Chicago, and I think that these actions, potentially create the risk of more challenges and more chaos,” ACLU of Illinois Executive Director Colleen Connell told the I-Team.

In her letter, Mayor Lightfoot tells the president she takes him at his word that he is not going to send in a Portland-style force to Chicago of what she calls “secret, federal agents” who detain people without cause. A “bad idea” the mayor says. Her letter does ask The White House for numerous gun safety reforms to reduce the flow of illegal weapons to Illinois from out of state.

About 100 protesters gathered in Federal Plaza Monday afternoon to protest against federal agents coming to Chicago to curb violence.

The rally began at 5 p.m. and was organized by multiple groups including Refuse Fascism and Revolution Club of Chicago. Organizers and participants said they don’t want the things they’ve seen happening in Portland to happen in Chicago or any other American city.

The group says the reports out of Portland coupled with the letter from the Fraternal Order of Police asking Trump to send federal agents to the city sets a dangerous precedent for the future of the country, and takes away from the peaceful movements in Chicago.

“People who are peaceful, expressing their constitutional rights, are under a threat with militaristic tactics or forces? It’s wrong,” said Bishop Gregg Greer of Freedom First International.

“That’s telling people looking, no matter where you are we can be there, and we can crush you, and we can do these things,” said Niko Eastwind, Revolution Club of Chicago. “A lot of intimidation and a lot of fear.”

“The FOP was basically using their own violence against peaceful protesters as rationale to up the violence of law enforcement,” said Jay Becker of Refuse Fascism.

After speeches at Federal Plaza the group took to the streets, marching to Trump Tower.