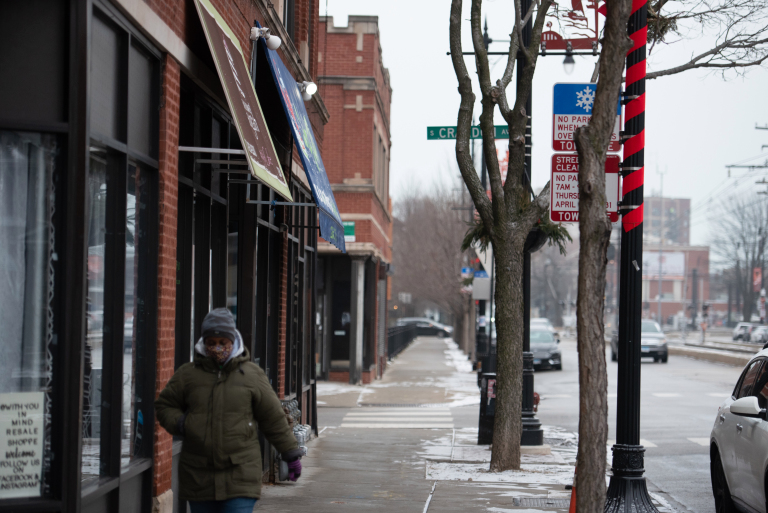 Two of Chicago’s top 10 census tracts with the most households in need of broadband internet access are in South Shore.

SOUTH SHORE — A South Shore nonprofit is seeking input on a strategy for improving broadband access in the neighborhood, which is home to two of the census tracts most in need of high-speed internet citywide.

The strategic plan, which is being drafted by the Neighborhood Network Alliance and funded by a $15,000 state grant, is set for completion in May.

South Shore residents may take an online survey to share their experiences with their existing internet provider, including monthly costs, outages and network speeds. Organizers hope to gather at least 500 responses to the survey. About 160 people have responded so far.

There’s a “digital divide around access, adoption and usage” of high-speed internet across the city, but inequities are especially apparent on the South Side, said Val Free, Neighborhood Network Alliance lead steward.

There are 11 census tracts citywide where more than 1,000 households don’t have broadband access, according to data compiled by Kids First Chicago. The South Side is home to five of those tracts, with South Shore alone accounting for two.

“Five to 10 years down the line, South Shore cannot be a viable community for businesses or residents if we continue to fall behind in the digital space,” Free said.

In response to a non-binding question on the Nov. 3 ballot, 90 percent of Chicagoans voted in favor of the city taking action to ensure all community areas have access to broadband internet.

Though options like Chicago Public Schools’ Chicago Connected program exist for families in need of internet service, eligibility requirements mean “there are more families who need internet than the programs … are really able to support right now,” Flatt said.

Flatt is among the community partners working with the Neighborhood Network Alliance to develop the strategic plan.

Others include Lost Boyz, Inc. and members of South Shore’s revived area councils, resident groups of 40 or so blocks that once formed the backbone of community organizing in the neighborhood, according to Free.

Residents interested in helping with the strategic plan may email the Neighborhood Network Alliance at hello@thenna.org.

The alliance is also pursuing funding “so we can take it out of the strategic planning stage” and act on residents’ input once the plan is drafted, Free said.