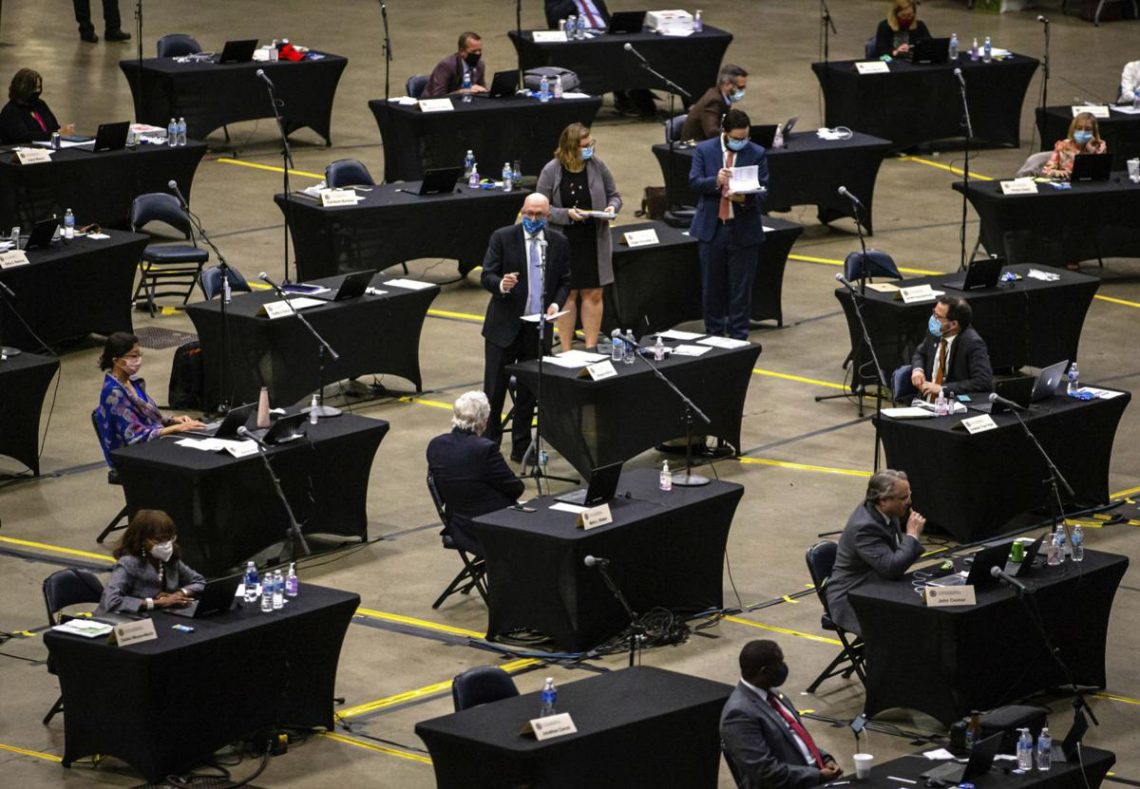 Tucked in near the end of the 465-page budget implementation bill that passed the Illinois General Assembly late Saturday night was a provision giving Medicaid access to noncitizens over 65 years old and whose income is $12,670 or less, which is at or under the federal poverty level.

Gov. J.B. Pritzker said he will approve next year’s budget and its implementations. Medicaid services for qualified undocumented seniors will kick in July 1 when the 2021 budget year begins.

The expansion was a big win for the Legislative Latino Caucus, which Ramirez took lead on the effort through the health and human services working group leading up to the special session. She said the coverage will save the state money in the long run, costing about $2 million, which in her opinion, “is nothing to a $2 billion Medicaid bill.”

She said it’s about three times cheaper to cover undocumented seniors than it is to not cover them and then “have them in a hospital when they’re already dying and are in stage three of cancer and other things because they didn’t show up until they tested positive with coronavirus and then all these other things they had also came to light and became too late to prevent.”

One of the leading motivators for Ramirez was her mother, who is now a U.S. citizen. She was a homecare worker with diabetes who stopped working on March 24 because she and the 89-year-old person she was taking care of decided it’d be safer for her to stop visiting amid the pandemic.

When the Chicago Democrat asked her mother why she stopped paying for insurance after joining unemployment, her mother explained that they simply couldn’t afford it. Ramirez’s father retired without pension benefits and brings in just enough money to cover his medications and all other bills.

As Illinois gradually reopens, will you be wearing a mask?

Three months ago, it would have been unthinkable for most Americans to go out in public wearing surgical masks, homemade face coverings or ban…

“‘I can’t pay out of pocket $500 a month (for insurance),'” Ramirez said what her mother told her. “‘So until I go back to work, I have no insurance and I’m going to pray that I stay as healthy as possible and not go anywhere, so that I’m not in a position where I have to end up in a hospital with a bill we can’t afford.'”

Ramirez had a similar bill last year that failed to reach a vote on the House floor, but she said the COVID-19 pandemic has shined a light on the need for expanded health care coverage.

She represents one of the hardest-hit districts from the pandemic, which primarily includes the Humboldt Park neighborhood in Chicago. The positivity rate for the virus in Ramirez’s district reached nearly 50%, she said. The COVID-19 death rate in Illinois for Latinos is about 19% while Latinos make up about 17% of the state’s population, according to the Illinois Department of Public Health and U.S. Census Bureau 2019 estimates.

Additionally, she noted that about 250,000 families in the state didn’t receive an economic stimulus check because they were either mixed status families or undocumented.

“You could imagine the financial hardship,” Ramirez said. “No access to health care, no access to unemployment insurance, living in multi-generational homes, no place to isolate. All of this equates to a higher risk of people not just testing positive, but literally dying.”

She said there was some opposition to her bill last year from lawmakers saying “we should only be focusing on citizens,” or asking how the state will pay for it. But during this year’s special session, she didn’t hear any opposition.

“Just this piece right here for a group of people who have been told that no resources — you can pay taxes, you can do this, you can do that, you can be in this country for 25 years attempting to legalize, but you can’t get this basic health care, basic ability to stay alive, covered. If ever before, this pandemic has shown us how critical that is,” Ramirez said.

She also highlighted health care as a human right, undocumented or not, and that COVID-19 “has shown the way public health binds us all together and that denying health care to someone is hurting all of us.”

ASI Home Care is one company that will benefit from the measure. Although based in Chicago, patients can be from anywhere in the state as ASI Home Care offers a variety of telehealth and remote monitoring services.

Marta Cerda, its CEO, said ASI Home Care is one of the few, if not only, Latino-led agencies in the state providing various home care services in English and Spanish.

The General Assembly won’t return to Springfield until the veto session on Nov. 17 as Ramirez said there is more to be done, pointing to people who may make $100 too much to qualify for the expanded services and still can’t afford health care.

“When I think about my mother and father who have been here for 37 years, there’s significantly far more to be done,” Ramirez said, “so that people are not put in a position that they have to choose between their property taxes and their medication.”

The General Assembly adjourned its special pandemic session in the wee hours of a holiday weekend. Here’s what you might have missed.