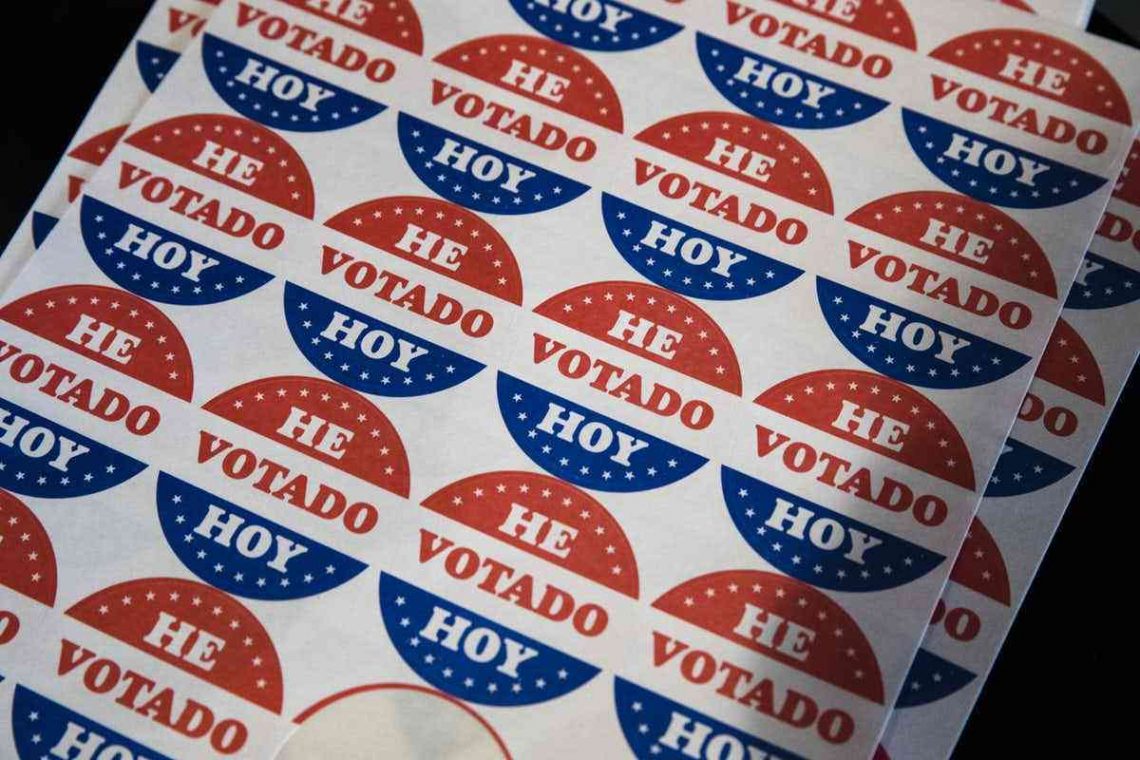 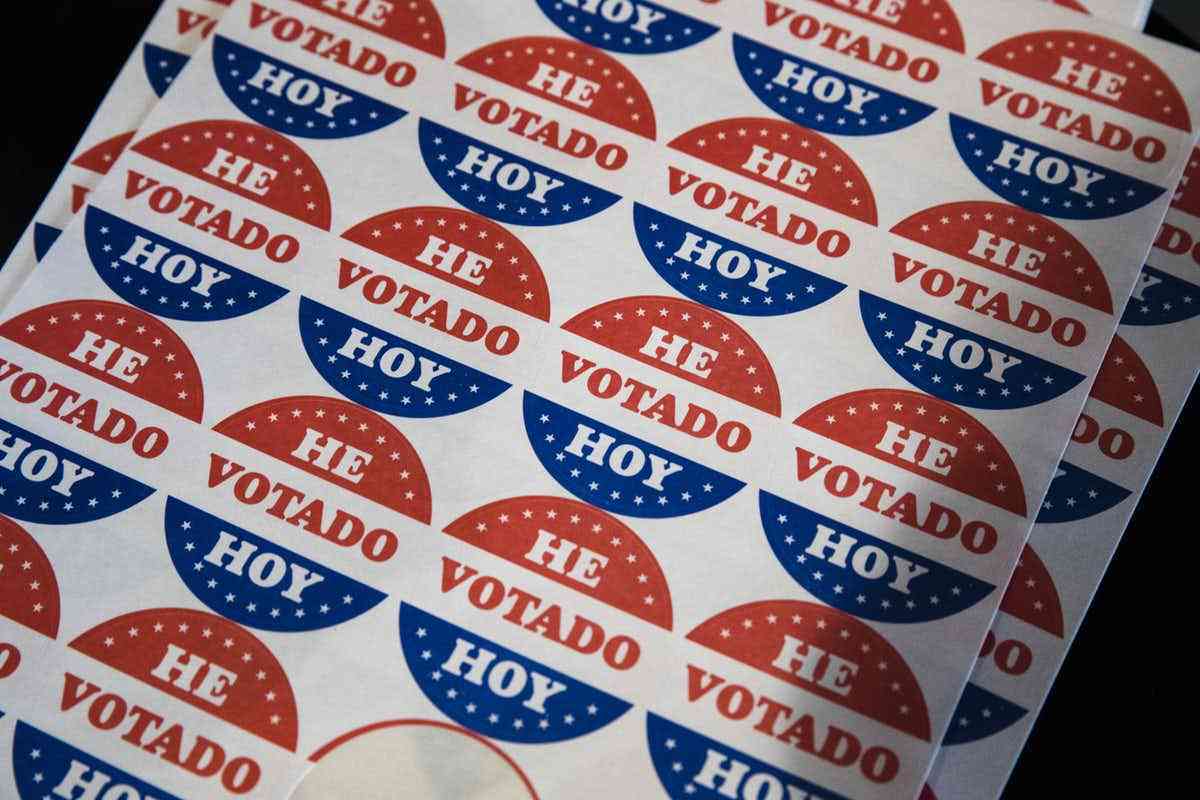 After those three races, people in González-Rojas’s district were asking when it would be their chance to elect another Latina. Her district is majority Latino. “Literally, people in my community [were] like, ‘Uh, is that same white guy still there, who represents my district?’” González-Rojas said.

So González-Rojas, who has spent her career in advocacy and is the former executive director of the National Latina Institute for Reproductive Justice, decided that she could be the one to change that.

She ran against six-term incumbent Michael DenDekker and three other challengers to represent the 34th district in the New York state assembly and won the July primary, becoming the first Latina to represent her district.

As we near the 2020 general elections, when Americans will not only vote for the presidency, but every seat in the House of Representatives as well as some Senate seats, and many other local offices will be up for election, there’s been a lot said of the Latino vote growing. A new Latino turns 18 and becomes eligible to vote every 30 seconds.

But what about representation among elected officials?

Congress is the most diverse ever it has ever been. One out of five voting members is a person of color.

When Julián Castro dropped out of the presidential race earlier this year, he said, “I’ve determined that it simply isn’t our time,” in a video he posted to Twitter.

Yet it’s hard to say whether or how quickly that number is growing. The directory shows an increase of more than 100 new Latino elected officials from 2018 nationwide, but Dorian Caal, director of civic engagement research for NALEO Educational Fund, warns against taking that number at face value.

Latinos accounted for half of the country’s population growth over the past decade. The number of Latinos in the U.S. has grown so much that it’s hard to say if representation is improving, or if proportionally, it’s actually getting worse.

Caal also noted that high-profile elections can make it feel like Latinos are making large strides in representation, when in reality they’re just achieving representation for the first time or in small doses.

When Catherine Cortez-Masto was elected to the Senate in 2016, she became the country’s first Latina woman senator ever.

“Certainly that’s something that is memorable,” Caal said. “We didn’t have a senator before that was a woman, a Latina, and now we do in Nevada. So that is 100% growth. So it makes it a little bit harder.”

Caal did note that as more Latinos turn out to vote, more Latinos will feel politically and civically engaged and potentially run for office in the future. And factors like a backlash against President Trump and racist policies at the local level have also been seen to increase Latino political engagement and the number of Latinos running for office in certain regions.

“We’ve been growing and we’ll continue to grow,” political strategist Chuck Rocha said about Latino political power. “It’s up to us at what the rate is that we grow.”

Rocha, who was a senior advisor to senator Bernie Sanders’ presidential campaigns and is publishing a book this summer called Tío Bernie: The Inside Story of How Bernie Sanders Brought Latinos Into the Political Revolution, believes that Trump is bringing a vigor to Latinos in politics that they have never had before.

In the 2018 midterm election, Latino voter turnout increased 50 percent from the 2014 midterms. It’s hard not to attribute that difference to President Trump.

“But I feel like we’re not growing fast enough,” Rocha said. “Now what I do know is Donald Trump is giving us an opportunity to make demographics not a destiny, but a greater opportunity.”

For example, a recent Latino Decisions poll in partnership with Voter Participation Center and Voto Latino noted that “40% of Latino Republicans agreed that Trump and the Republicans use toxic rhetoric to divide us from one another.” (Editor’s Note: One of Latino Decisions’ founders was hired by the Joe Biden campaign to run polls on Latino voters.)

The institutional and personal challenges that Latinos face in American politics are intense. This summer, an Indianapolis mayor backed a candidate for city council who had been criticized for making derogatory remarks about immigrants, instead of Karla López-Owens, a woman who would have been the only Latina on the Indianapolis city council. Latinos make up nearly 10 percent of Indianapolis’ population.

For González-Rojas, the challenges were not all that dissimilar. “As a woman of color, running for office is hard, even in a district that is predominantly Latinx,” González-Rojas said. “The white gentrifying community has a loud voice even though they’re a small minority, and I think they were quick to diminish, erase and invisibilize my leadership to the extent that I was told I didn’t belong.”

“Hearing that really racist and xenophobic narrative about you as a candidate was really disappointing [and] disheartening, but I had to remember who who my base was,” González-Rojas said.

Beyond the challenges, she said she’s very proud of becoming likely the first Latina to represent her district. “It’s incredibly humbling. And it’s such an honor, it’s like, I almost forget that this is history.”

Ana Lucía Murillo is a journalist based in Washington, D.C. and the 2020 summer correspondent for Latino Rebels. She tweets from @analuciamur.