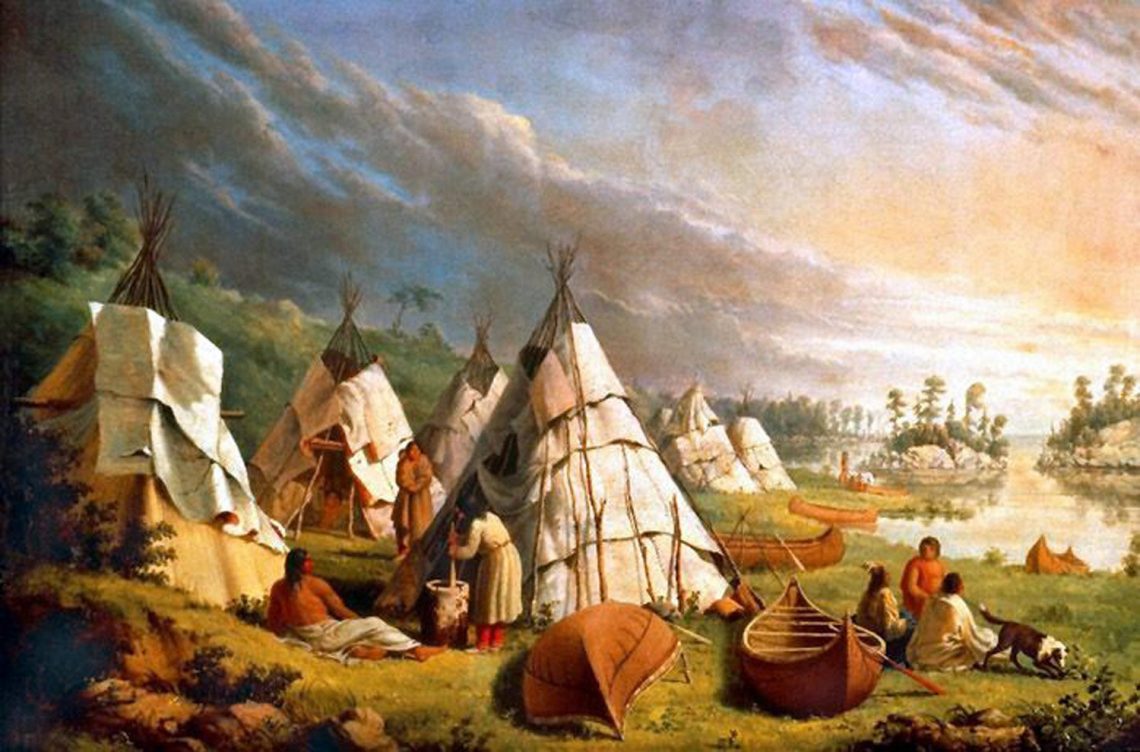 Begin with this: Today, nearly 65,000 Native Americans, representing more than 100 tribal nations, live in Chicagoland—making this one of the largest urban Native American populations in the country.

Move on to this: I have lived in Chicagoland for over 30 years, and I only recently learned what I’ve just told you. For this new awareness, I credit the Forest Preserve Foundation’s October symposium, called “Racial Equity and Access to Nature.” Among the speakers was Heather Miller, a member of Chicago’s Native American community. In a follow-up interview, Miller, of the Wyandotte Nation, told me many other things I didn’t know—including that I, along with many others in Illinois, Wisconsin, Indiana, and Michigan, live on judicially established Potawatomi land (shown in pink on the map).

“This is a natural partnership,” says Miller. “As Native folks, we’re a land-based people, the original caretakers of this place. We want to be in relationship with others who have similar goals around conservation and respecting outdoor spaces.”

One example: “For centuries,” she says, “Native peoples have been mound builders. Our mounds serve a variety of purposes: as burial sites, resting places, for wayfinding, to honor and mark special events. Some—for example, the serpent mounds—are tied to creation and identity stories. I think of mound building as one of our purest forms of art.” And so, in 2019, on Indigenous Peoples Day, people gathered for the ribbon-cutting of Serpent Twin Mound, a contemporary earthwork in the Forest Preserve’s Schiller Woods. Created by Indigenous artist and architect,  X (the strikethrough is the artist’s preference, to indicate this as a colonizer name), the serpent weaves in and out of the earth and water, reminding us of our human connection to the river and the land.

And more: The Serpent Twin Mound is only one part of the 4000N Trail project–a community-led movement to create a “walking museum” that connects the North Branch of the Chicago River to the Des Plaines River along Irving Park Road. Native American communities used the local river systems and extensive trail networks for transportation, and many of these trails later evolved into the roadways we use today. 4000N will celebrate Native-American contributions along these routes. http://www.chicagopublicartgroup.org/northwest-portage-walking-museum

And one more thing: Land acknowledgment. This is a formal statement that recognizes the past relationship local Native American tribes shared with the land, and the ongoing relationship the thousands of Native Americans who live here still share with the land. Increasing numbers of organizations use land acknowledgments in official print materials, and/or they read them at the beginning of events and celebrations. An example:

“The Forest Preserves of Cook County acknowledges that we are on the ancestral homelands of the Council of Three Fires—the Ojibwa, Ottawa and Potawatomi tribes—and a place of trade with many other tribes, including the Ho-Chunk, Miami, Menominee, Sauk and Meskwaki.

“We commit ourselves to developing deeper partnerships that advocate for the progress, dignity and humanity of the many diverse Native Americans who still live and practice their heritage and traditions on this land today.”

Says Miller, “It’s a native tradition to always introduce ourselves, say where we come from; it’s a way to center ourselves. The land acknowledgment statements grow out of that practice. But they’re becoming trendy, especially if people are just doing it for the performance. What we would like is for these to bring people to a different version of history–a way to recognize the people who were here first. The land acknowledgments are useful if they help people think about the sovereign relationships our people have with the federal government, that the federal government made treaties, that the land you’re on may be subject to one of these treaties.”

When you hear or read a land acknowledgment, take some time, she says, to think about how you are recognizing the Indigenous community, what you know about it, and if you can’t think of anything, ask yourself why, educate yourself, reach out, connect. “Find a way to build a relationship with the Native community,” she says. “Buy a book by a Native author, download music, donate to a cause, learn something about the people who were here before you.”

“The Forest Preserves—like all organizations and entities within the city—have a responsibility to share the true history of Native folks, because we’re still here,” Miller explains. “We still live with the effects of genocide every day. Remember, all of this at one point was Indian land; we still consider it Indian land. It’s important for organizations and entities to understand that fact, uphold it and honor it.”