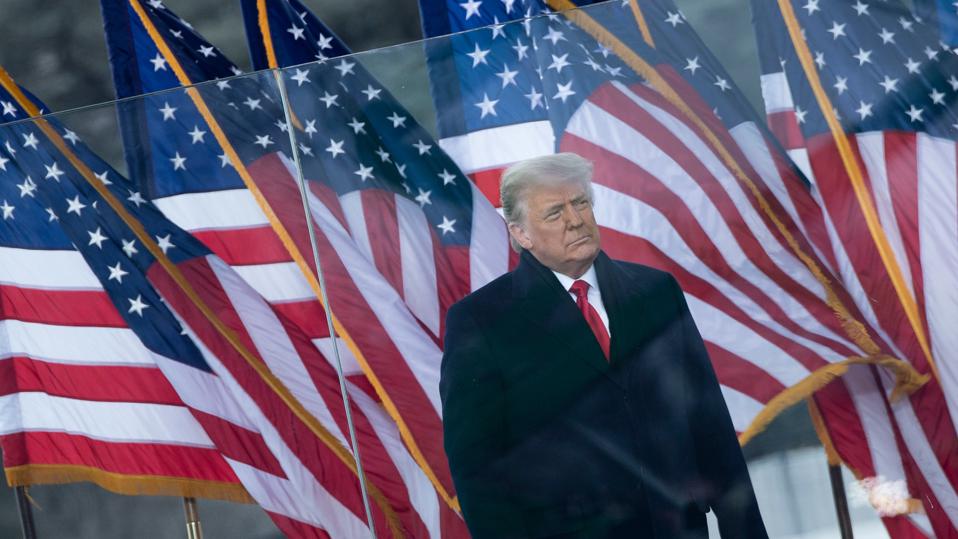 As his allies in Congress walk back their support and his opponents work to bring about the premature conclusion of his administration, President Donald Trump has become a recluse, once again receding from public view as his time in office comes to an end by one means or another.

Trump was ever-present in the hours leading up to a violent assault on the U.S. Capitol – committed as lawmakers attempted to certify President-elect Joe Biden’s victory – speaking to the mob that stormed the building beforehand and tweeting throughout the incident.

Trump has not since made a public appearance beyond releasing two videos to Twitter, one telling supporters to “go home” but defending the attack and a second finally conceding the election after a two-month period of refusal.

But Trump doesn’t appear to be taking a vacation either: On Thursday he canceled a pre-planned weekend trip to Camp David, according to CNN and ABC News.

As has become unflinchingly habitual, Trump’s empty public schedule for the weekend insists he is, despite appearances, hard at work: “President Trump will work from early in the morning to late in the evening. He will make many calls and have many meetings.”

Calls are mounting among Democrats in Congress for Trump’s removal, with House Speaker Nancy Pelosi and Senate Minority Leader Chuck Schumer expressing resolve about dislodging him early and even some Republicans signaling support.

Not all of Trump’s allies have abandoned him: Sen. Lindsey Graham (R-S.C.), who delivered a passionate speech against overturning the election – and got mobbed by Trump supporters at an airport as a result – said during a Hannity appearance that he was with Trump on Thursday. He also called on Pelosi and Schumer to end impeachment efforts.

The White House only mustered a brief statement from spokesman Judd Deere in response to near-unanimous Democratic support for impeachment. “As President Trump said yesterday, this is a time for healing and unity as one Nation,” Deere told Forbes. “A politically motivated impeachment against a President with 12 days remaining in his term will only serve to further divide our great country.”

Biden, every bit the opposite of Trump, has had an uncharacteristically busy public schedule in recent days. He spoke Wednesday evening to denounce the Capitol attack, appeared again Thursday to introduce Department of Justice nominees and made one more appearance Friday to introduce his nominees for the Departments of Labor and Commerce. During his Friday remarks he praised Trump’s decision to extend his reclusivity to Jan. 20 – the date of the inauguration – stating, “He’s been an embarrassment to the country… He’s not worthy to hold that office.”

WHAT TO WATCH FOR

Just because Trump is not in front of the cameras does not mean he is not still operating behind closed doors. Some have speculated that, without Twitter as an outlet, Trump will continue or even escalate his recent habit of controversial pardons and firings. Others, including Twitter, have expressed concern that Trump retains the power to incite attacks like the Capitol breach, and that other, similar attacks are being planned.