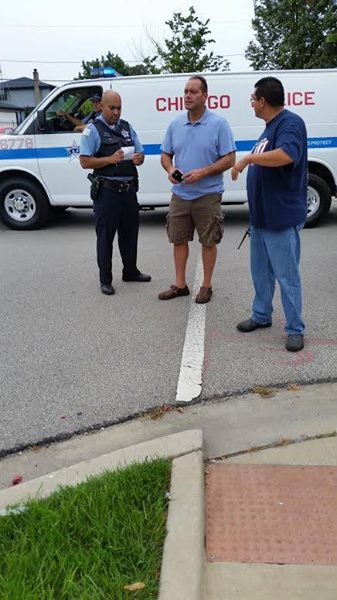 Local 004th District Police Officers captured thieves who have been stealing catalytic converters. Catalytic converters are automobile parts located on the underside of a vehicle. These parts cont…ain a valuable metal that has significant scrap metal value. Thieves use cordless saws to quickly cut away the converters and sell them as scrap.

Police have been closely watching local suspects, today they saw two of them, and attempted to pull them over. The suspects fled trying to avoid arrest. The police stopped their pursuit in the interest of safety. Moments later, the suspects crashed into a car at 108th & Avenue D. Nearby police recognized the vehicle and moved in for the arrest. One suspect was arrested while the other fled away on foot.

Some 42 catalytic converters were retrieved with a value of at least $5,000. Excellent job by our men and women of the Chicago Police Department!

Congrats to those local officers involved with this successful arrest!