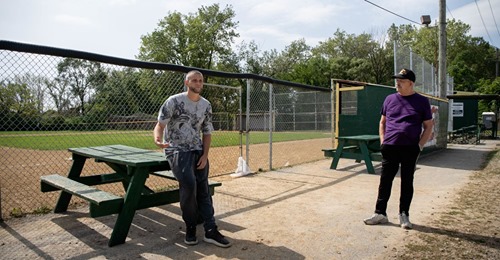 City officials detected high levels of the brain-damaging metal manganese in the dirt of a Southeast Side youth baseball field a year ago but didn’t tell league organizers or families of players.
Instead, the city shared its findings with the U.S. Environmental Protection Agency, which this summer confirmed the city’s early soil testing results that high levels of manganese are present in the dirt on a section of Babe Ruth Field in Hegewisch. The manganese levels are high enough the contaminated soil needs to be removed, the EPA says.
The city deferred to EPA, asking the agency to do further testing and notify youth league officials. Saying they “followed standard protocol,” city health officials referred the matter to EPA earlier this year “to ensure the field was appropriately characterized before notifying the public and the league,” according to a City Hall statement.
https://chicago.suntimes.com/2020/9/17/21443814/baseball-babe-ruth-field-little-league-hegewisch-epa-contamination-manganese-southeast-side?fbclid=IwAR2YB11DhezCsFtj3nVGYTi3WisiSEUOpgkFYpGBlngcZUiyaVO2Km5f9t0